The famous Egyptian painter, Tahia Halim, was born in September 1919 and had her early education at the Royal Palace in Cairo where her father, Mohamed Halim was a senior Councillor for King Fuad I of Egypt and Sudan. She also studied in French schools for several years, and then learned painting with professional artists like Lebanese artist Youssef Trabolsi and Greek artist Jerome. Later on in 1943, she was the student of Egyptian artist Hamed Abdullah at his atelier in downtown Cairo. She married Abdullah in 1945 and they then travelled to Paris to join the Julian Academy from 1949 until 1951.

Art critics called her "Nubia lover" and she visited it for the first time in 1961 in the famous trip organised by the first Egyptian Minister of Culture Dr. Tharwat Okasha with artists, writers and Egyptian intellectuals. Tahia Halim then memorised the features of Nubia and its homes and style of living before it was flooded by the waters of Lake Nasser. Since then, scenes of Nubia became her primary subject for most of her works of art. She has reflected the taste, order, honesty and cleanliness in the Nubians' life and where the many civilizations that have passed through Egypt were reflected in them to become a living museum of ancient civilizations. That's why her art was based on ancient heritage, as her colours showed an acute awareness of the value of colour. Although her overlapping and interlocking colours may seem random, they demonstrate great experience and sensitivity.

She lived in her atelier away from the noise of the city. Her artistic touch was very tender and sensitive, which gave her a special artistic character, easily understood and persuasive. She had her own method of composition embodying the theory of combining ease of understanding with detailed art work. She also was able to reflect her Egyptian patriotism as an artist as she believed in giving attention to each local or regional element which led to her recognition in the international arena. 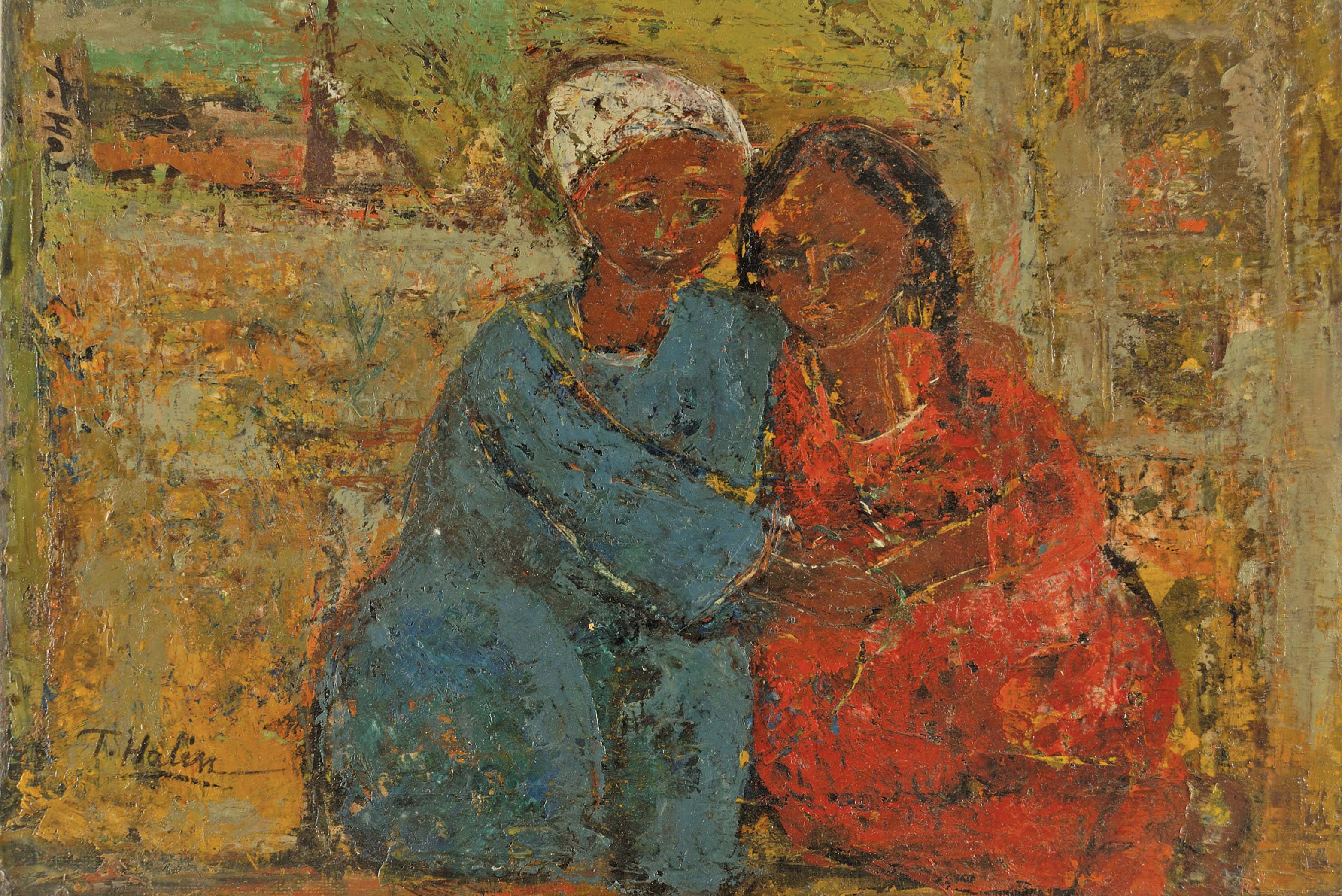 The art works of Tahia Halim reflect the concept of credibility and humanity embodied in her paintings with sense of freedom. Her paintings are also dynamic and show enjoyment of the use of colour. The colour red for Tahia Halim is a dignified red, the colour of Nile mud and burned pottery and she used it in her paintings wisely. Green is the colour of life, plants and evergreens and she used it extensively in her work. Then she used black in a way to confirm the completeness of the artistic work without evoking sorrow or pessimism.

Tahia Halim was able to convey the poetry of love and spontaneity in art with her brush. Just with the colour of “burned mud” she was able to embody a whole work of art. This colour carries within it a full feeling of optimism in the Egyptian environment, a colour that we see around us in the Nile mud, burned pottery, the barren hills surrounding the great Nile Valley and in the faces of Nubians.

Although she had a formal academic education in Egypt and France, she still followed her gypsy tendency and freely expressed her inner and social feelings as we can see in many of her masterpieces. She has calculated her standards carefully, where the main development trend for her art is to show the original human values in the framework of expressive sobriety and pure Egyptian concepts. 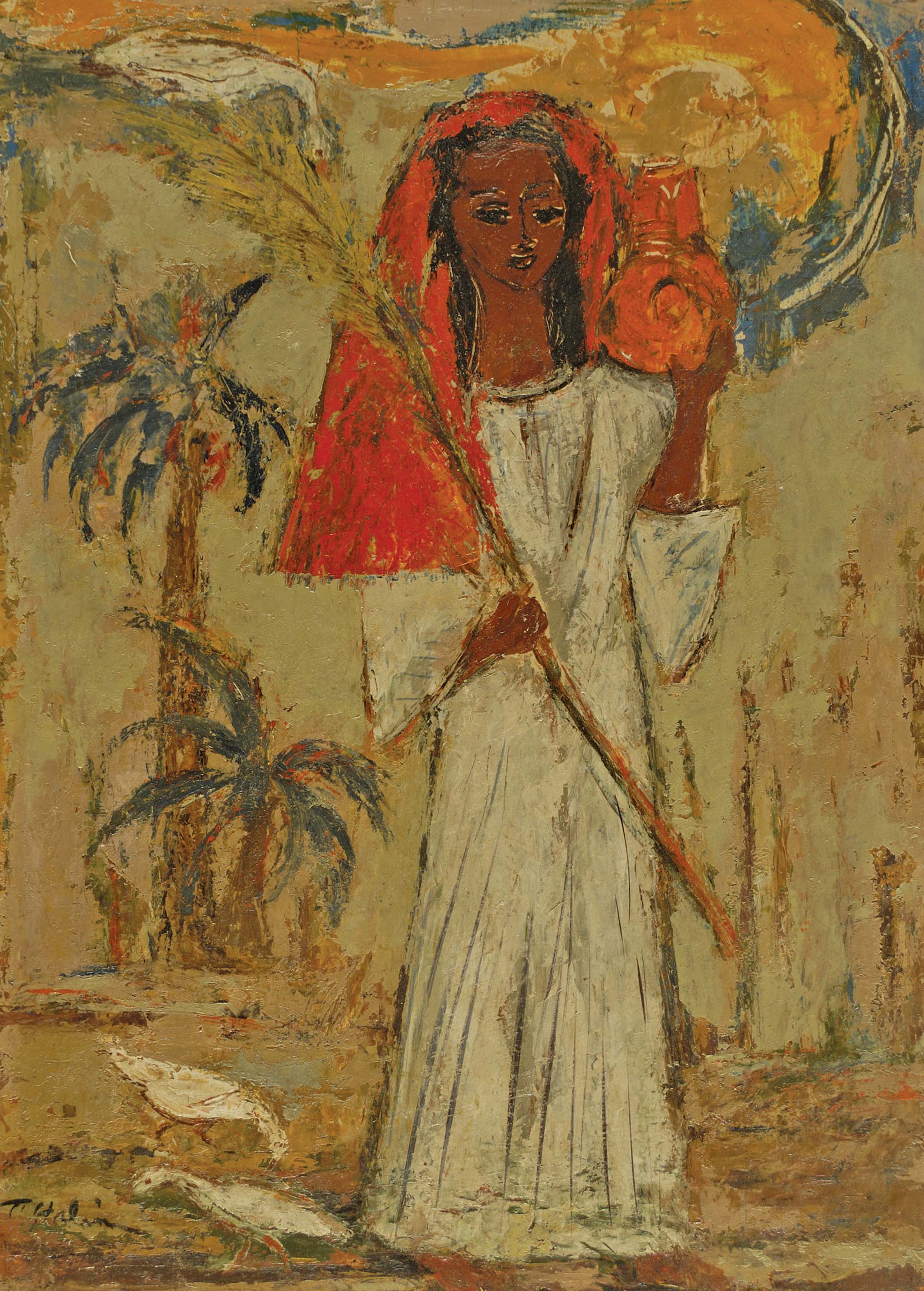 Tahia Halim’s style was distinguished by her deep love for Egypt, when you see her paintings anywhere in the world they becomes a witness to the close and direct relationship between local and global aspects, as if you see Pharaonic paintings or spontaneous paintings from the depths of Egyptian countryside. She does show impressive skills that reflect the academic rules, but she carries within herself a strong sense of the environment, the touches of corroded walls, features of the brown Egyptian face and the spirit of the old popular drawings.

Tahia Halim had many private exhibitions in England and Sweden in the period from 1942 to 1996, she had participated in many public and national exhibitions and the Cairo Salon since 1943. She had represented Egypt in the Venice International Biennale in three cycles in the years 1955, 1960 and 1970. She had also represented Egypt in the Sao Paulo Biennale in 1954, and participated in the Alexandria Biennale for the years 1955, 1958 and 1960, as well as a Guggenheim Museum exhibition in New York in 1957. Tahia had also had many exhibitions in Paris and London when she travelled with her husband, Hamed Abdullah in the period from 1949 to 1951.

She had established her own studio in the Zamalek district of Cairo for art production and teaching in 1957. taught in the Art College for Girls in the year 1959 and was a member of the Supreme Council for the Arts from 1980 to 1981 and a member of the board of directors of Cairo Atelier for Artists and Writers for five years. 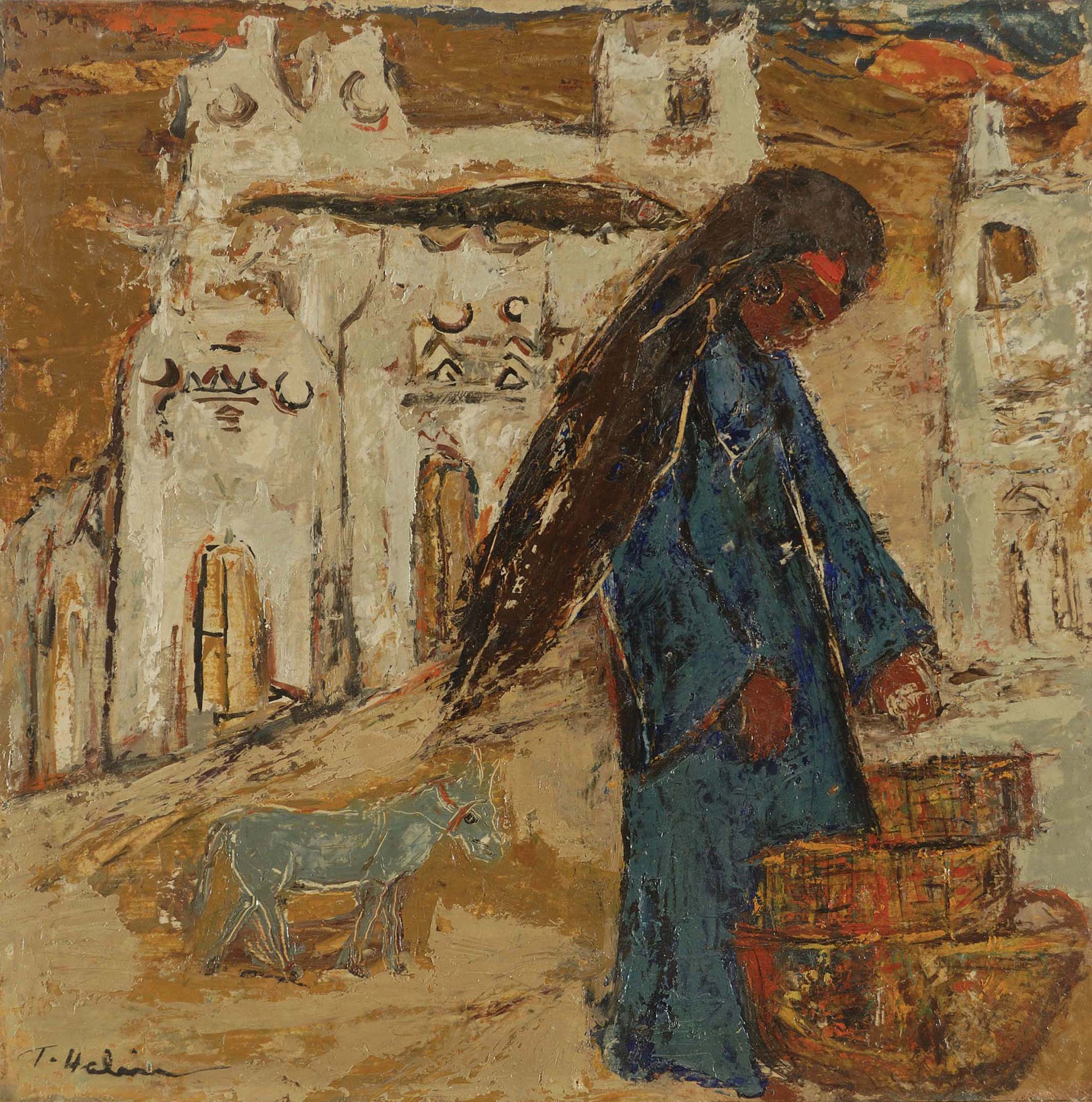