Throughout its history, Egypt has always had faith in its men and their potential and has witnessed some great men accomplish remarkable feats ones over the centuries, men who have always met the expectations laid upon them and have proven to be worthy to their ancient and historic country. In this issue, He Magazine highlights the life and career of one of those men.

Dr. Farouk El Baz has earned his place on a list of influential and intellectual men who have made his nation and fellow countrymen proud. The renowned space scientist and geologist has recently brought yet another glory to his beloved nation. The National Aeronautics and Space Administration (NASA) named a newly discovered asteroid after the Egyptian-American, Farouk El Baz, in recognition of his efforts over the years with the agency, including the planning of the Apollo program and the exploration of the moon.

El Baz wasn’t the first Egyptian to receive or be awarded such an honor as the past years have seen several monuments, memorials, innovations, and landmarks named after prominent Egyptian figures who have impacted the course of Egyptian history and legacy.

What makes this honor rather unique is the unprecedented naming of a celestial object to one of our own, an Egyptian national. The news broke out and made headlines, not only in Egypt, but all over the world. It even went viral on both traditional media platforms and social media.

While Egyptians all over the world took to social media to celebrate the honor, the International Astronomical Union (IAU) also decided to honor Dr. Farouk El Baz, their fellow member of the Presidential Advisory Council of Egyptian Scientists and Experts, by naming an asteroid discovered in 1978 after him.

Egyptian Minister of Emigration Dr. Nabila Makram was keen to congratulate the scientist by issuing a statement on the official Facebook of the Ministry of Emigration, which said, “El Baz is an Egyptian remote sensing expert. He is perhaps best known for using his expertise to help select the landing site for the Apollo 11 astronauts. He also trained the Apollo 15 astronauts in geology, ensuring that the most scientifically useful samples were gathered for return to Earth.” 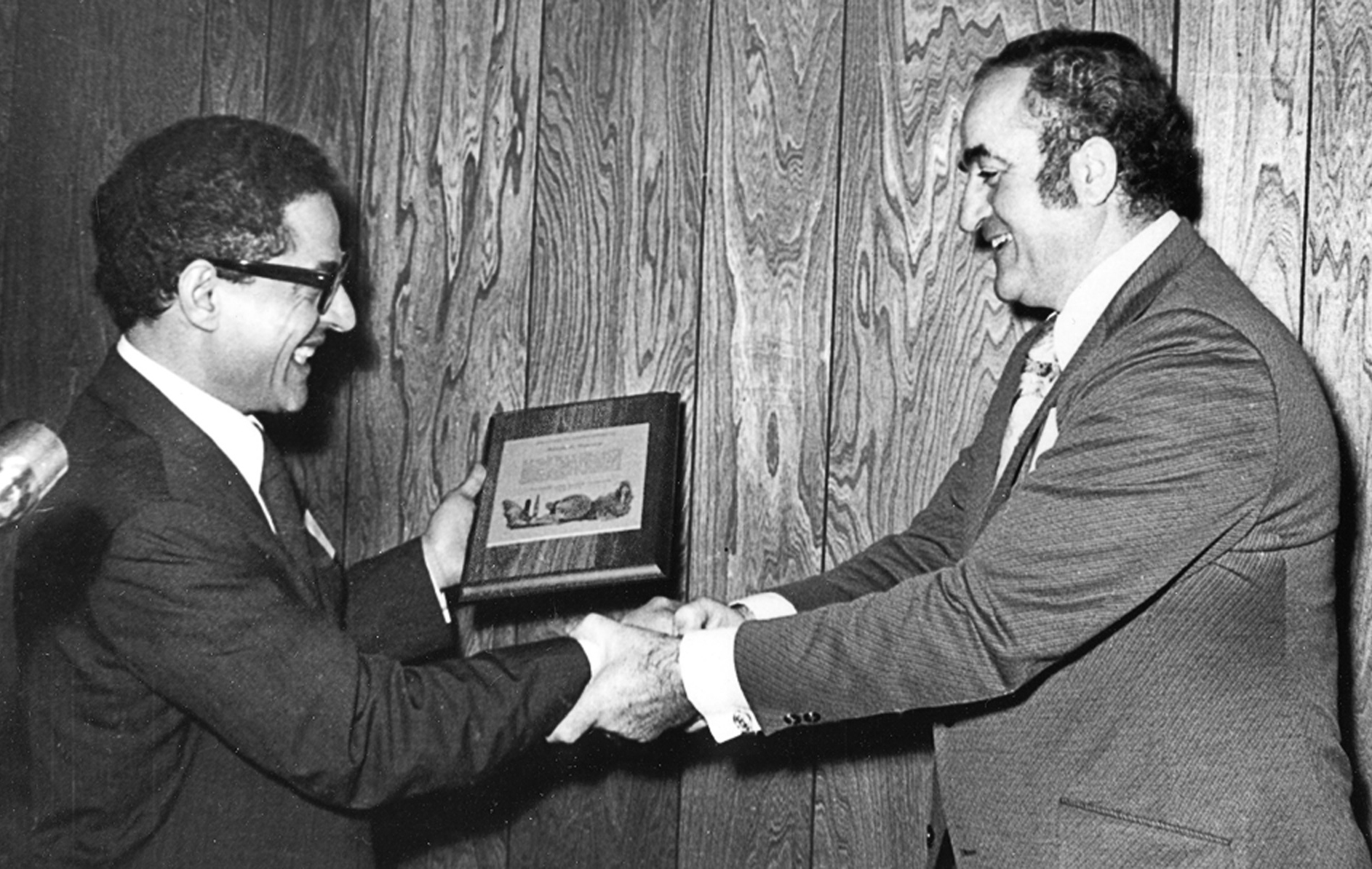 Recognition of efforts is a key component for the sustainable success of any strenuous hard worker, whether Egyptian or otherwise. And so, we are so pleased that Dr. Farouk El Baz received the acclaim that he more than deserves. In a way, it’s a life lesson to always ‘shoot for the stars’.

The 81-year-old, has led a long, hard, and successful journey, which has deservingly paid off in the end.

Born on 2 January 1938 in Zagazig, Sharqia Governorate, the Egyptian-American scientist was a leading geologist on programsresponsible for studying the geology of the moon, selecting the landing sites for the Apollo missions, and training astronauts in lunar observations and photography, playing a key role in the landing mission of the Apollo 11 moon.

The famous scientist is married and is a loving father to four daughters and grandfather to six grandchildren. He is also the brother of the late politician Osama El Baz, who had served as a senior advisor to Egypt's former president Hosni Mubarak.

Currently, El Baz is a Research Professor and Director of the Center for Remote Sensing at Boston University in Boston, Massachusetts. He is Adjunct Professor of Geology at the Faculty of Science, Ain Shams University, Cairo, Egypt.

Furthermore, El Baz is the recipient of numerous honors and awards, including the Golden Door Award of the International Institute of Boston, the Nevada Medal of the Desert Research Institute, and the Pioneer Award of the Arab Thought Foundation.

By 1964, El Baz had earned a Doctor of Philosophy in geology from the Missouri University of Science and Technology at the age of 26, after conducting research for two years at the Massachusetts Institute of Technology.

Fourteen years later, in 1978, the Egyptian-American scientist was appointed Science Adviser to Egypt’s late president Anwar El-Sadat, as which in charge of the selection of regions for land reclamation in the desert without detrimental effects on the environment. His distinguished services thus earned him an award from President Sadat, the Egyptian Order of Merit-First Class. 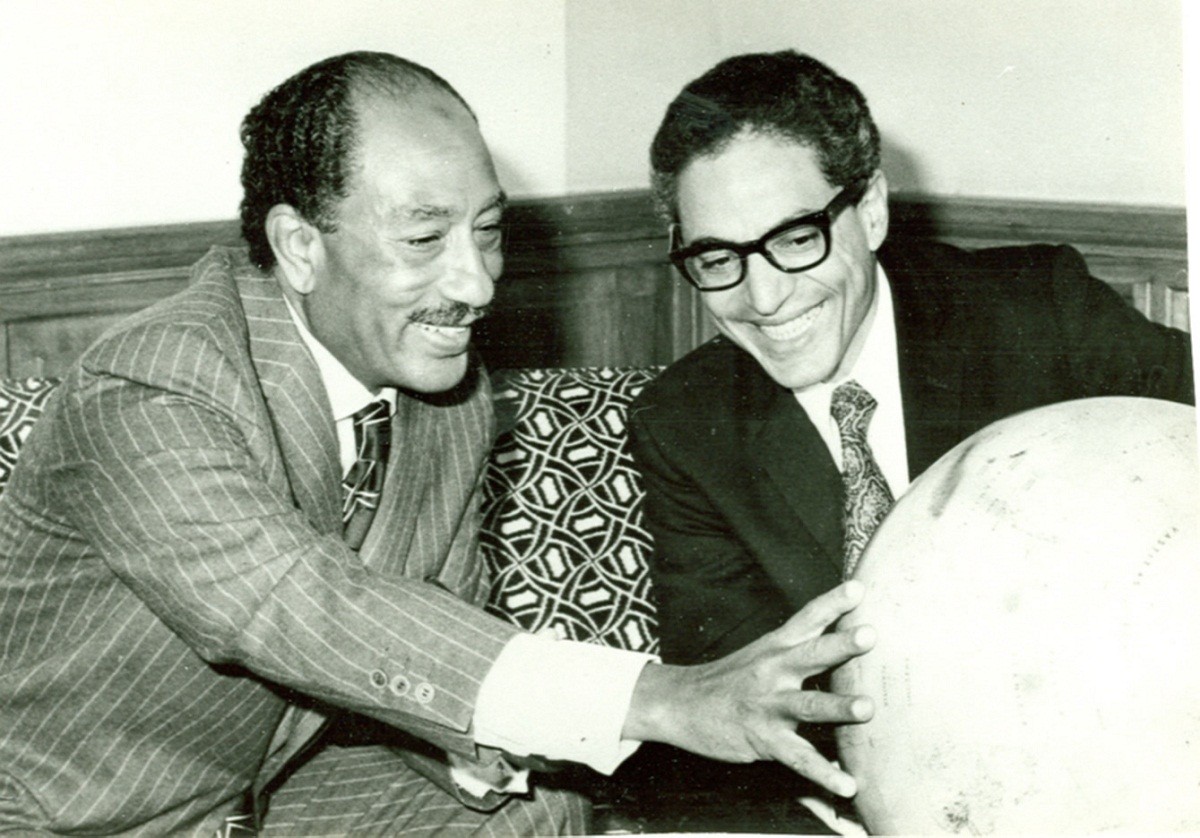 While studying to claim all those certificates, El Baz taught geology at the Egyptian university Assiut for two years from 1958 to 1960 and the Heidelberg University in Germany from 1964 to 1965. In 1966, he joined the Pan American-U.A.R Oil Company, where he took part in the discovery of El-Morgan, the first offshore oil field in the Gulf of Suez.

In addition to being a key scientist who helped NASA plan and identify the moon landing location for the historic Apollo 11 moon landing in 1969, El Baz is currently a leading expert in the study of deserts and how to find and sustain water in such environments in the Arab world.

From 1967 to 1972, El Baz participated in the Apollo Program as Supervisor of Lunar Science Planning at Bellcomm Inc., a division of AT&T that conducted systems analysis for NASA. During these six years, he was Secretary of the Landing Site Selection Committee for the Apollo lunar landing missions, Principal Investigator of Visual Observations and Photography, and Chairman of the Astronaut Training Group. In addition to being the scientist who played a key role in helping NASA decide on the ideal moon landing site for the Apollo 11 mission in 1969, El Baz also served on the Apollo 15 rover mission in 1971. Throughout his time in the Apollo program, El Baz joined NASA officials in briefing members of the press on the results of the lunar missions. His ability to simplify scientific jargon made his remarks on the program's scientific accomplishments often quoted by the media.

Soon after beginning with the Apollo Program, he was put to work poring over mountains of detailed photographs of the moon's surface, a crucial step in selecting the most ideal and precise landing location based on lunar terrain, climate variations, and other factors. He also performed the same role for the famous Apollo 15 rover mission, and trained Apollo astronauts in the important skills of visual observation and space photography, in addition to instructing crew members on which rocks to collect and how to collect lunar soil. So pivotal was he to Apollo that in Tom Hank’s HBO TV-series “From the Earth to the Moon”, El Baz’s role as an Apollo scientist and astronaut trainer was featured in a segment entitled, “The Brain of Farouk El Baz”, and a shuttle craft named “El Baz” soared through the popular TV-series “Star Trek: The Next Generation”.

His outstanding teaching abilities were confirmed by the Apollo astronauts. While orbiting the moon for the first time during Apollo 15, Command Module Pilot Alfred Worden said, "After the King's [Farouk's nickname] training, I feel like I've been here before." 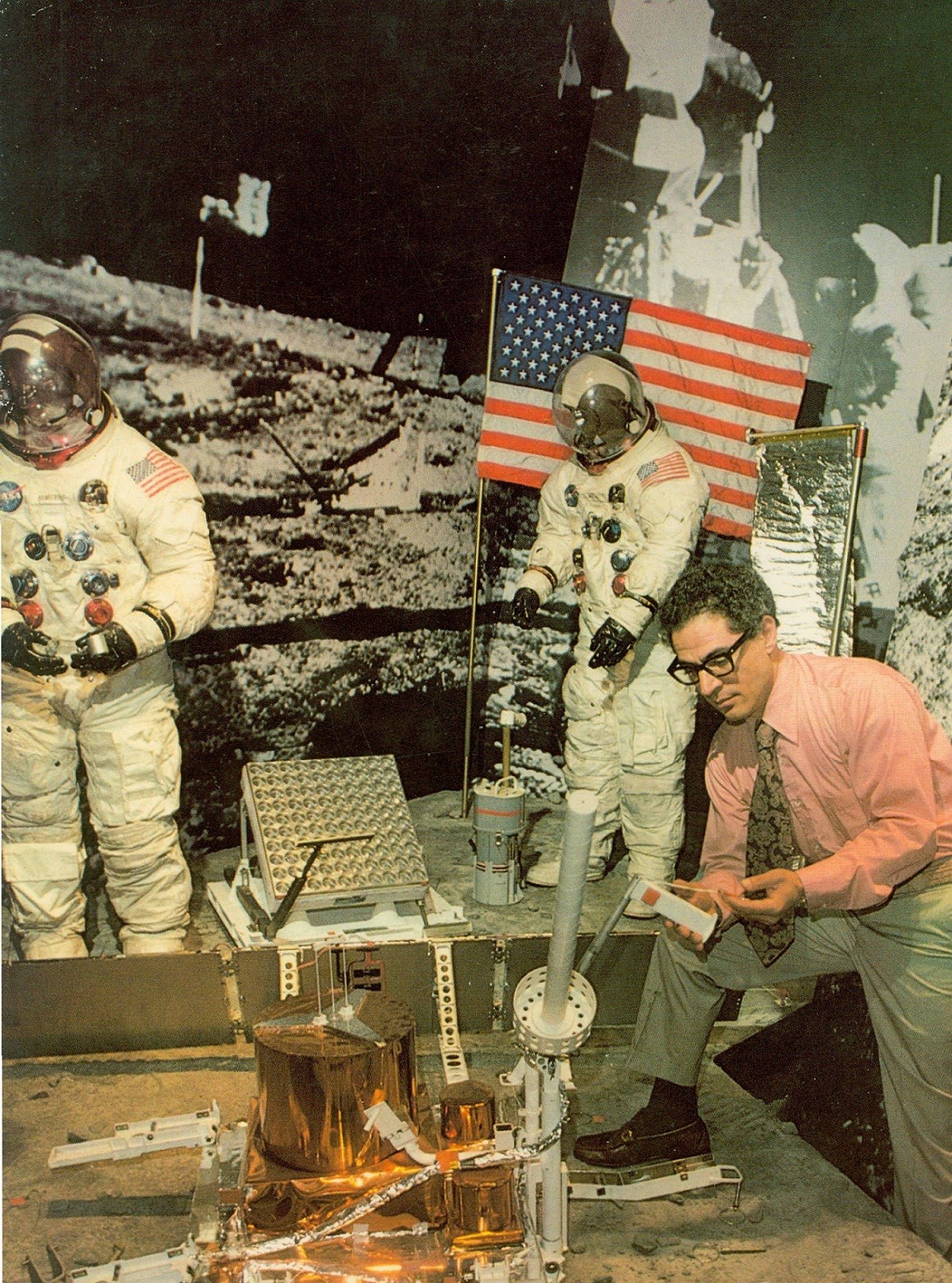 After the Apollo Program ended in 1972, El Baz joined the Smithsonian Institution in Washington, DC to establish and direct the Center for Earth and Planetary Studies at the National Air and Space Museum. At the same time, he was elected as a member of the Lunar Nomenclature Task Group of the International Astronomical Union. In this capacity, he continues to participate in naming features of the moon as revealed by lunar photographic missions.

In 1973, NASA selected him as principal investigator of the Earth Observations and Photography Experiment on the Apollo-Soyuz Test Project (ASTP), the first joint American-Soviet space mission in July 1975. Emphasis was placed on photographing arid environments, particularly the Great Sahara of North Africa and the Arabian Peninsula, in addition to other features of the Earth and its oceans.

Emphasizing the study of the origin and evolution of arid landscapes, he collected field data during visits to every major desert in the world. One of his significant journeys took place soon after the United States and China had normalized relations in 1979, when he coordinated the first visit by American scientists to the deserts of northwestern China. The six-week journey was chronicled in National Geographic and Explorers Journal. His research on the origin and evolution of the desert resulted in his election as Fellow of the American Association for the Advancement of Science (AAAS).

From 1982 until he joined Boston University in 1986, he was vice president of Itek Optical Systems of Lexington, Massachusetts. During these years he supervised the utilization of the Space Shuttle's Large Format Camera photographs.

El Baz was elected Fellow of the Geological Society of America, The World Academy of Sciences (TWAS), and of the National Academy of Engineering (USA). In 1999, the Geological Society of America Foundation (GSAF) established the Farouk El Baz Award for Desert Research, to annually reward excellence in arid land studies. In 2007, the GSAF also established the Farouk El Baz Student Research Award to encourage desert research.