The Environment: Silent Bearer of Conflicts In 2022, Ukraine, the country that’s known as the breadbasket as it produces roughly a quarter of the world’s wheat supply as well as being a key supplier of barley, sunflower seed oil, and corn, was invaded by Russia. The war dramatically triggered the entire world with its economy, geopolitics, and food security. Environmental effects of conflict are frequently severe and pervasive, ranging from environmental pollution and forest devastation to the plunder of resources and management system failure.

Global wheat production is already impacted by climate change, limiting countries' ability to cultivate wheat, which has consequently caused a spike in the demand rates, since food shocks are getting severe, and local reliance on imported food is growing. The protracted war threatens to exacerbate the situation in regions that are already reliant on Russian and Ukrainian exports to offset the impact of climate change on domestic food production. In the long term, countries may be able to lessen their reliance on the area. Food difficulties are much more likely to worsen in the near future; when only the privileged would have access to sufficient food, leading to starvation and further violence in vulnerable areas. 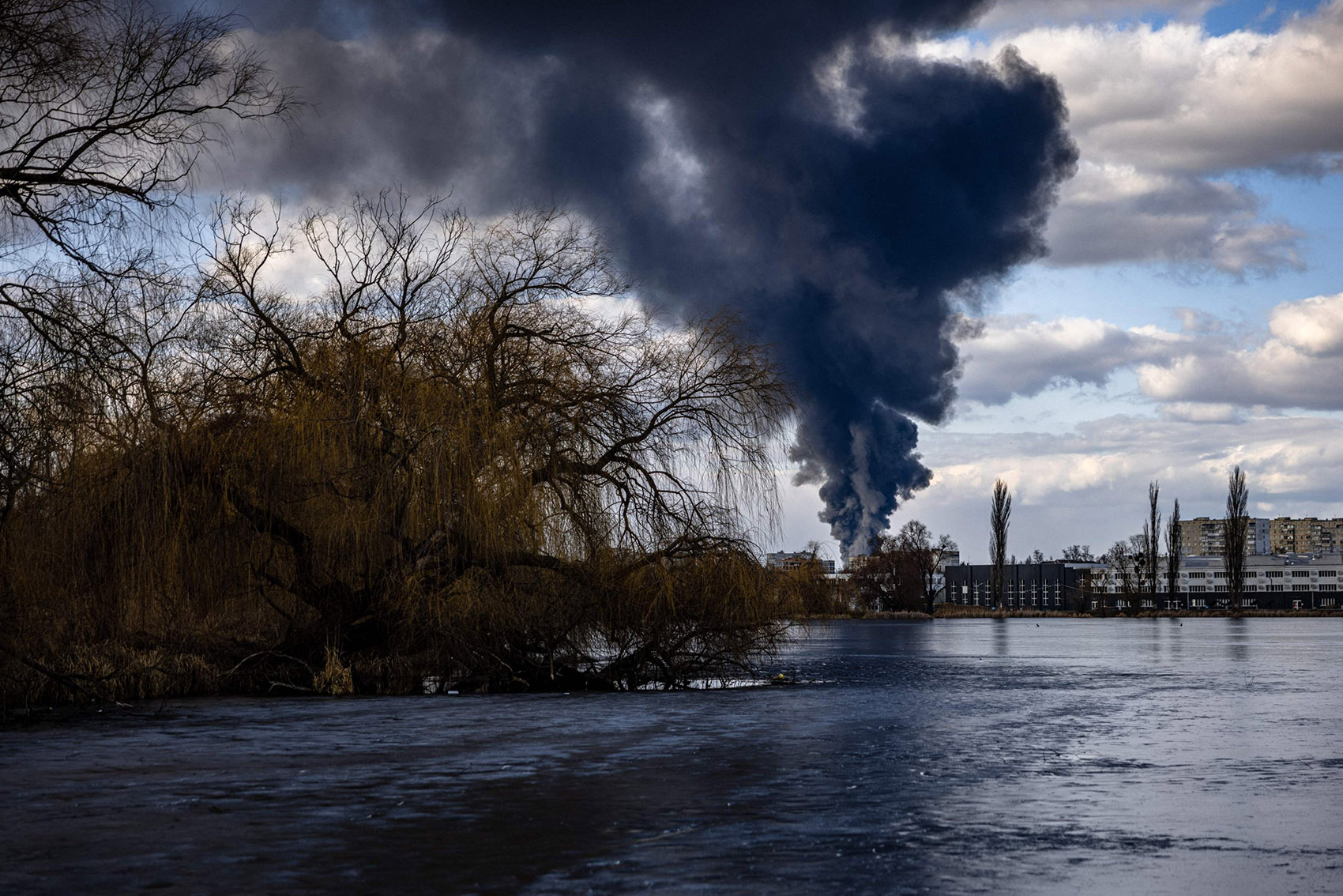 Due to warfare being an act of destruction, studies have suggested that it has a disproportionately negative impact on the planet's most vital ecosystems. According to further research, animal reductions were linked to armed conflict discovering that wildlife numbers often fluctuate during times of calmness and fall during times of conflict. The more the reductions become steeper, the more frequent the confrontations.

Beyond Ukraine's borders, the conflict is sabotaging efforts to protect the environment and address global warming, with Belarus closing down environmental NGOs and the EU postponing its biodiversity plan because of worries about food security.

The country is also home to 35% of Europe’s biodiversity which is now under direct threat from military action jeopardizing landscape conditions and exacerbating the acts of deforestation and forest fires. Soil degradation will hamper food production, and landscape aesthetics, cultural heritage, and social cohesion destruction drastically affect cultural services. Due to the size, scope, and duration of modern conflicts, the devastation connected with them is particularly devastating. These significant disruptions drastically alter the landscape's form, making it more difficult for it to return to its pre-disturbance state.

The conflicts between the two countries have ultimately led to serious environmental consequences like forest fires, air pollution, soil contamination, water pollution, and the depletion of natural reserves not to mention rendering farmers that are unable to harvest crops adding risks for a potential food crisis. All these factors play an imminent role in adding more stress on ecosystems and the environment, accelerating the climate crisis.

Despite the war being ongoing, we clearly witness severe air pollution and greenhouse gas emissions as a result of intense fights. Also, with war activities being conducted near the Zaporizhia nuclear power plant, one of the largest power plants in Europe, and Chernobyl, there’s a high risk for radiation leaks and a nuclear disaster, risking human lives and resulting in an environmental catastrophe.

Chernobyl should act as a stark warning of the potential environmental effects of radioactive discharge. Numerous plant and animal species had higher mortality rates and reproduction problems as a result of the disaster's fallout. The transfer of radionuclides to bodies of water also led to contamination across Europe. Biodiversity has been greatly impacted by intensive deforestation and habitat destruction, which can affect wildlife. Bombardment, trenching, and tunneling have also negatively affected land degradation and landscape morphology.

Unfortunately, exploding chemical plants have become a dreadful existence for its citizens, among the many factors of staggering tolls of pollution that war has taken on the nation’s environment rockets. The consequence is polluting the soil and groundwater, with the risk of expelling radioactive particles.

Albeit it may not be as visible as the injury and death of thousands of citizens, the environmental costs of war are insidious; harming people and wildlife for decades, even after fighting and conflicts come to an end. Armed warfare is a substantial contributor to greenhouse gas emissions and one of the leading predictors of animal declines. 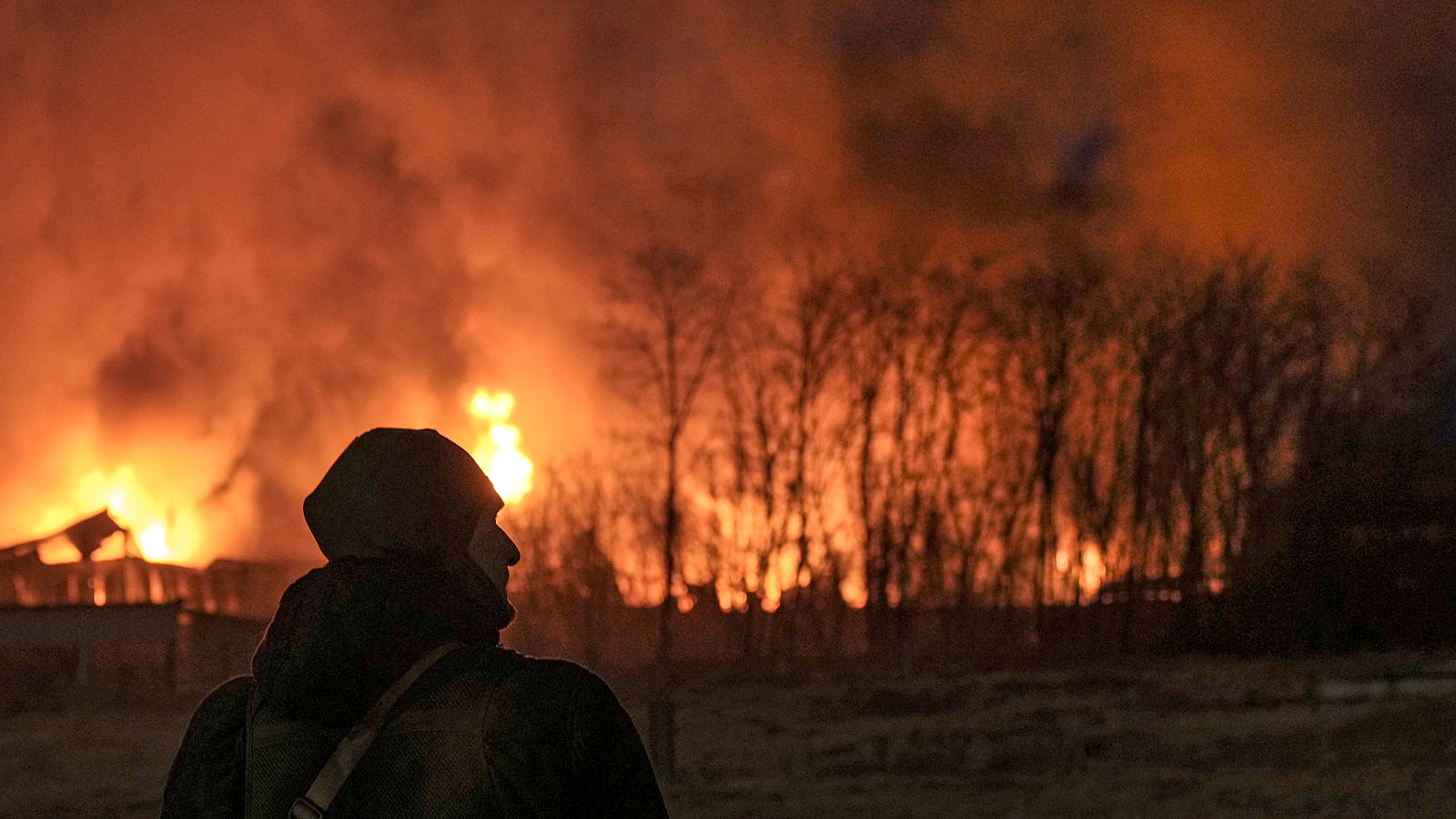 In a room full of NATO and government officials from neighboring countries Ukrainian President Volodymyr Zelenskyy expressed that Russia’s wrath has left an environmental disaster for his country and that from the early stages of the Kremlin invasion Russian troops have shown little to no regard for the effects of war on the environment.

Since environmental security and human security are inextricably connected, the conflict in Ukraine is endangering the environment in ways that might last well past the signing of any peace agreement. The environment shouldn't be considered an inevitable wartime casualty and addressing these threats must be a fundamental part of the international community’s response to the conflict.