The 44th edition of the Cairo International Film Festival (CIFF) kicked off on the 13th of November 2022, marking the start of a ten-day marathon gathering film lovers from Egypt, the Arab world, and international audiences, celebrating what legendary Hungarian filmmaker Béla Tarr described as “universal language of cinema.”

Tarr received the prestigious Lifetime Achievement Award this year. “If we think of the 100 most important films in the history of world cinema, they will include Tarr’s work.” That is how Festival Director Amir Ramses introduced the renowned filmmaker who often highlighted humanitarian issues in his films using a unique cinematic philosophy.

Around 100 films from 52 countries were screened including 79 features, 18 shorts, and 10 classics. 30 films have seen their world and international premieres at the festival, while 57 had their regional premieres for the Middle East and North Africa. This is a significant edition for Egyptian cinema with seven Egyptian films, two Egyptian honorees, and the restoration of two Egyptian masterpieces. The official poster of the festival sheds light on the concept of “cinema as a bridge between cultures.” 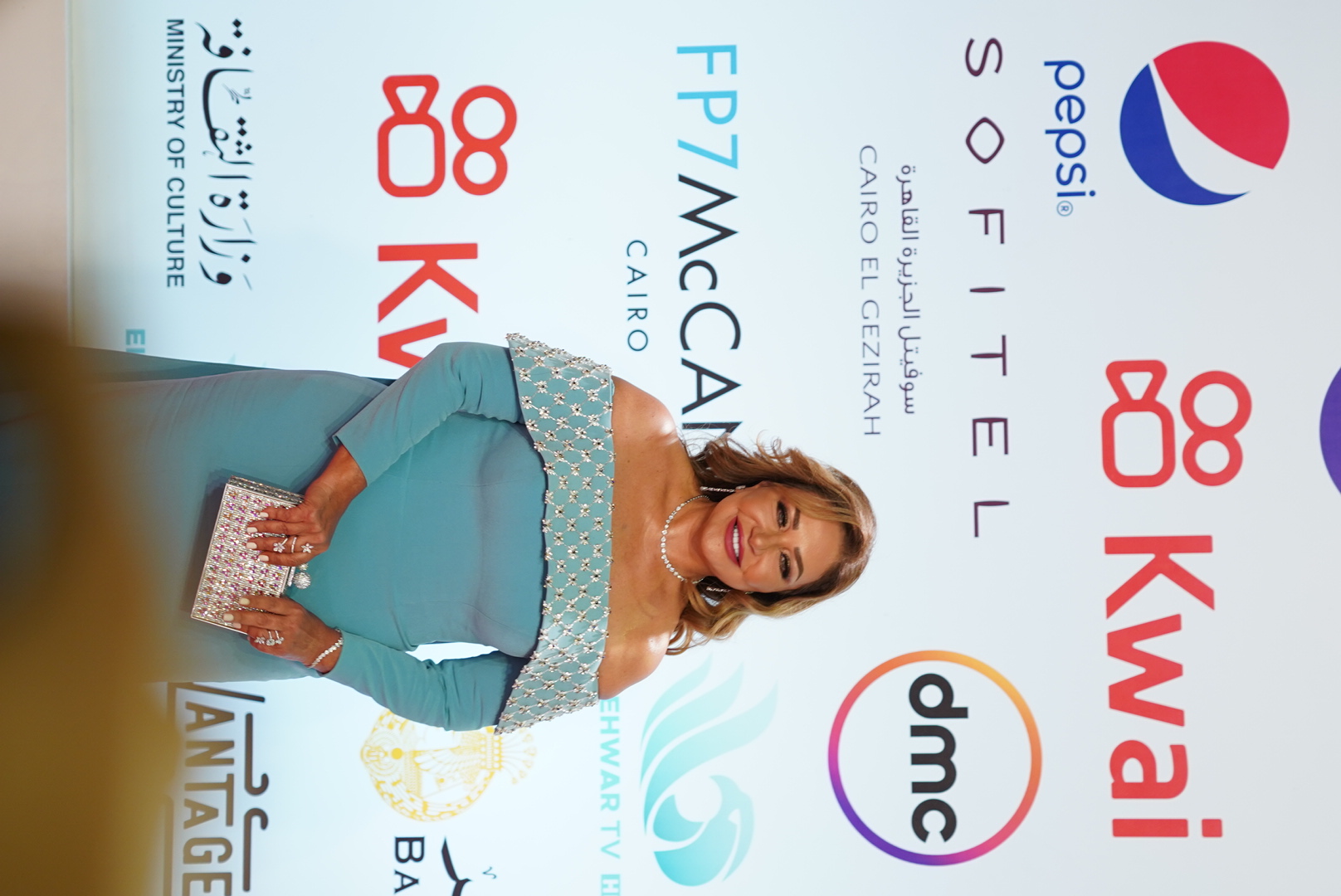 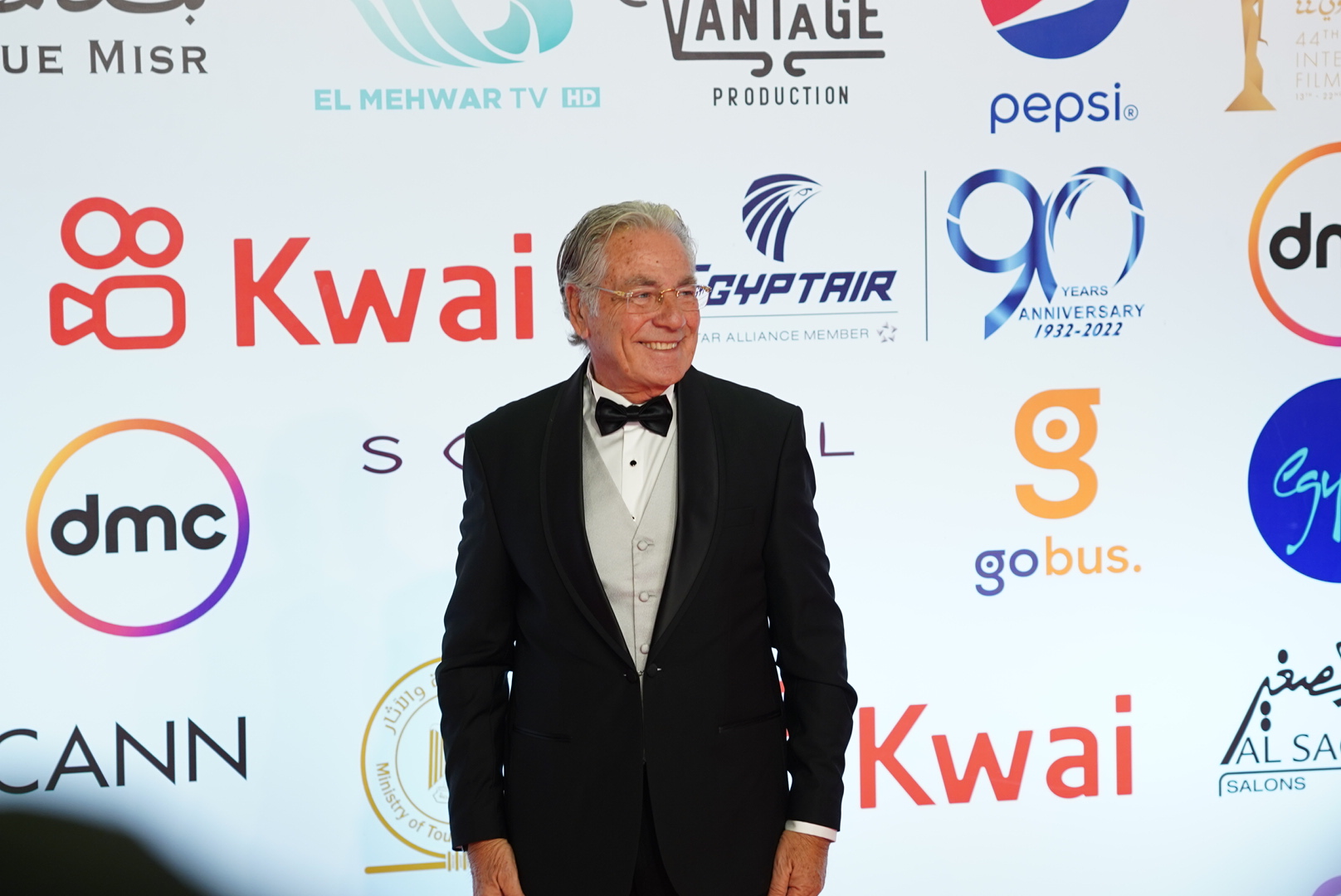 After more than 20 years, the veteran Egyptian star Hussein Fahmy returns as president of CIFF in its 44th edition, starting a new phase with the festival and its new administration, while launching a new section that will help in preserving great classic Egyptian films. Amir Ramses was appointed as CIFF director, and Andrew Mohsen was appointed as programming director.

Hussein Fahmy was the head of the festival for four years from 1998 to 2001. When asked about what motivated him to return to the same position, he said: “I enjoyed my past presidency very much. It was my first experience running a festival. I believe I achieved something at that time. I wanted to change the image of CIFF, and I worked very hard for it. However, I believe that four years is enough for this post; after that, you need new blood, new ideas, new stamina, and people who have a new vision for a better future. This is why I then stepped down after the fourth round of my presidency. CIFF has changed so much over the years, and I am happy to be back. The former administration under the presidency of Mohamed Hefzy made some good achievements, which I wish to build on and add to.”

This year, CIFF launches a new section under the name Cairo Classics, Hussein Fahmy said that the idea of restoring old films is that “in this year’s edition, we came up with an idea of renovating the Egyptian classic films produced between the 1930s and the 1970s. One of the black and white classics is a film written by Tawfik El-Hakim titled Diary of a Country Prosecutor (Yaoumeyat Na’eb fe Al-Aryaf,1969) and directed by Tawfik Saleh. With this film, we started the long process of film restorations. At the same time, I lost a dear friend, the great film director Ali Abdel Khalek. This made me think about restoring one of his old films, A Song on The Passage (Ughnia ala el-Mamar, 1972) which is one of the best films in the history of Egyptian cinema. So, we had two films for this year. Then this led me to a bigger idea, a yearly mission for CIFF to restore two classic Egyptian films every year, made by our great directors. I hope it can be achieved. He then added that “cinema is something that we all experience at the same time in a movie theatre; we experience everything with the characters as we watch their stories. I hope restoring classic films will be an ongoing project in the festival.”

The Cairo International Film Festival (CIFF) concluded on the 22nd of November its 44th edition, announcing awards for a collection of internationally celebrated films and filmmakers. 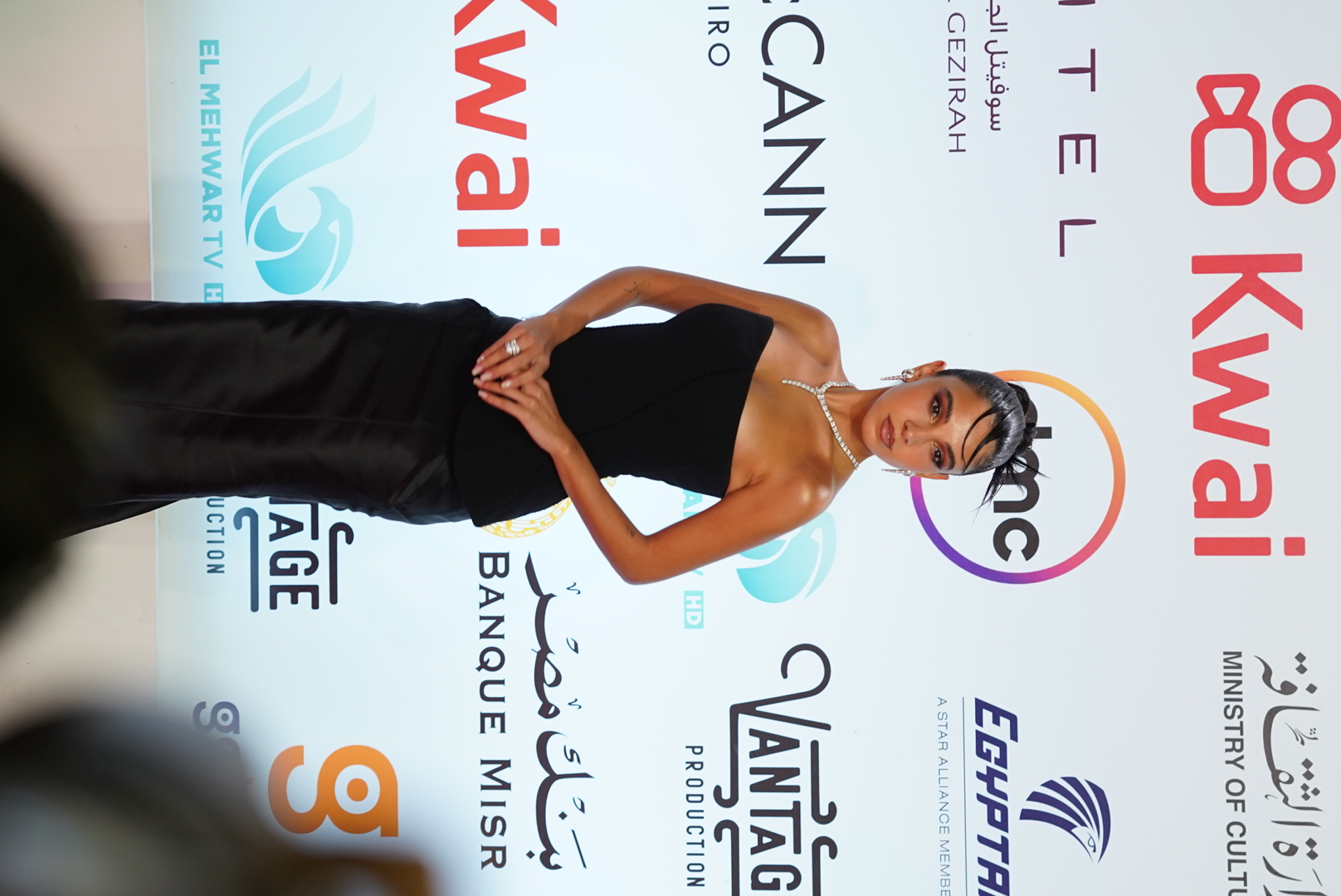 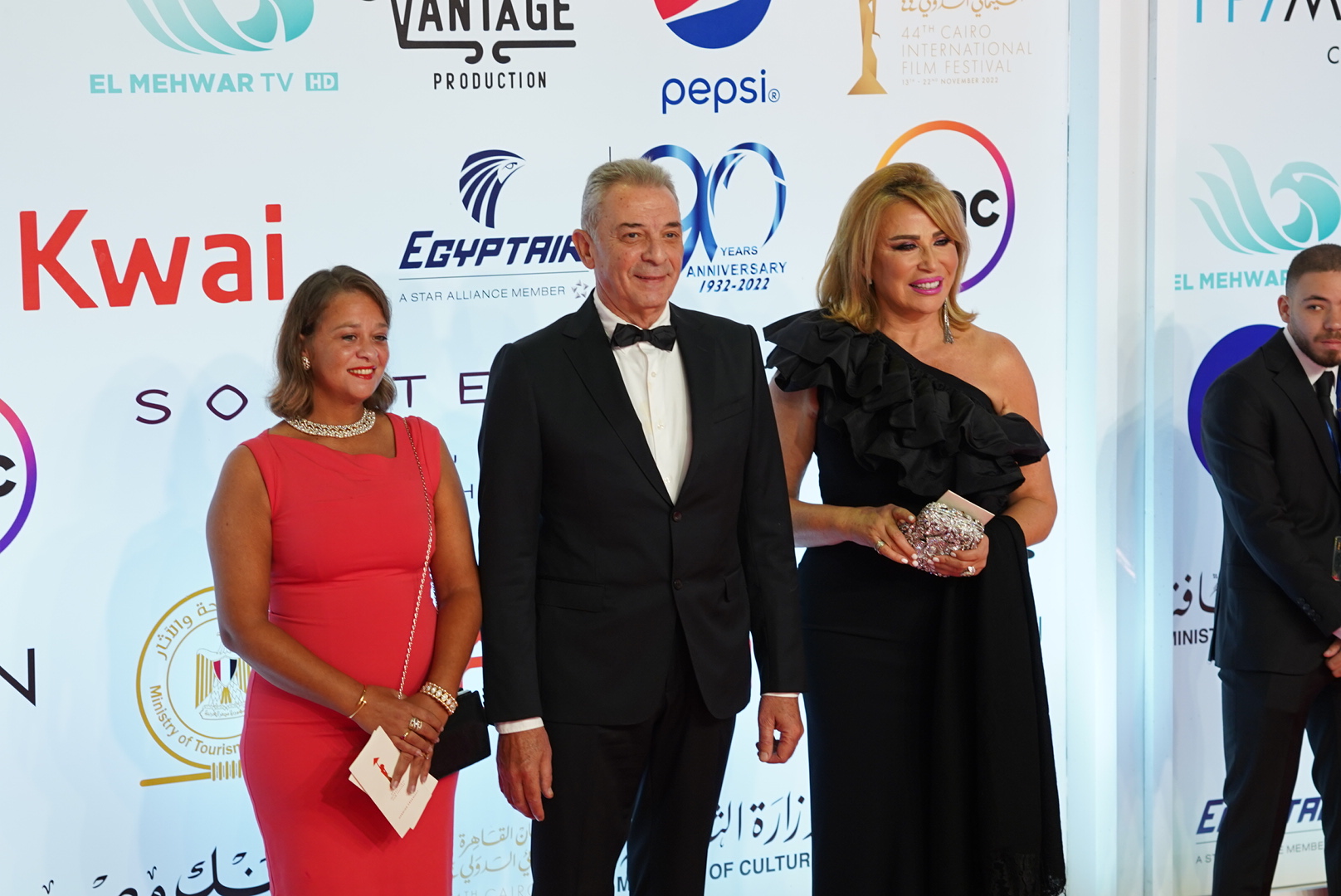 Firas Khoury’s thought-provoking Alam scoops up three awards during CIFF’s 44th edition. The film received the CIFF’s top award: The Golden Pyramid Award, as well as the Youssef Cherif Rizkallah Award (The Audience Award) worth $15,000. And Mahmoud Bakri received the Best Actor Award for his performance in the film. The film is produced by Marie Pierre Macia, Claire Gadéa and is a co-production between France, Tunisia, Palestine, Saudi Arabia, and Qatar. It will be distributed in Egypt by Mad-Solutions. In a short video, Khoury dedicated The Golden Pyramid Award to the Palestinian youth “who preserve their identity and won’t tolerate the occupation.” 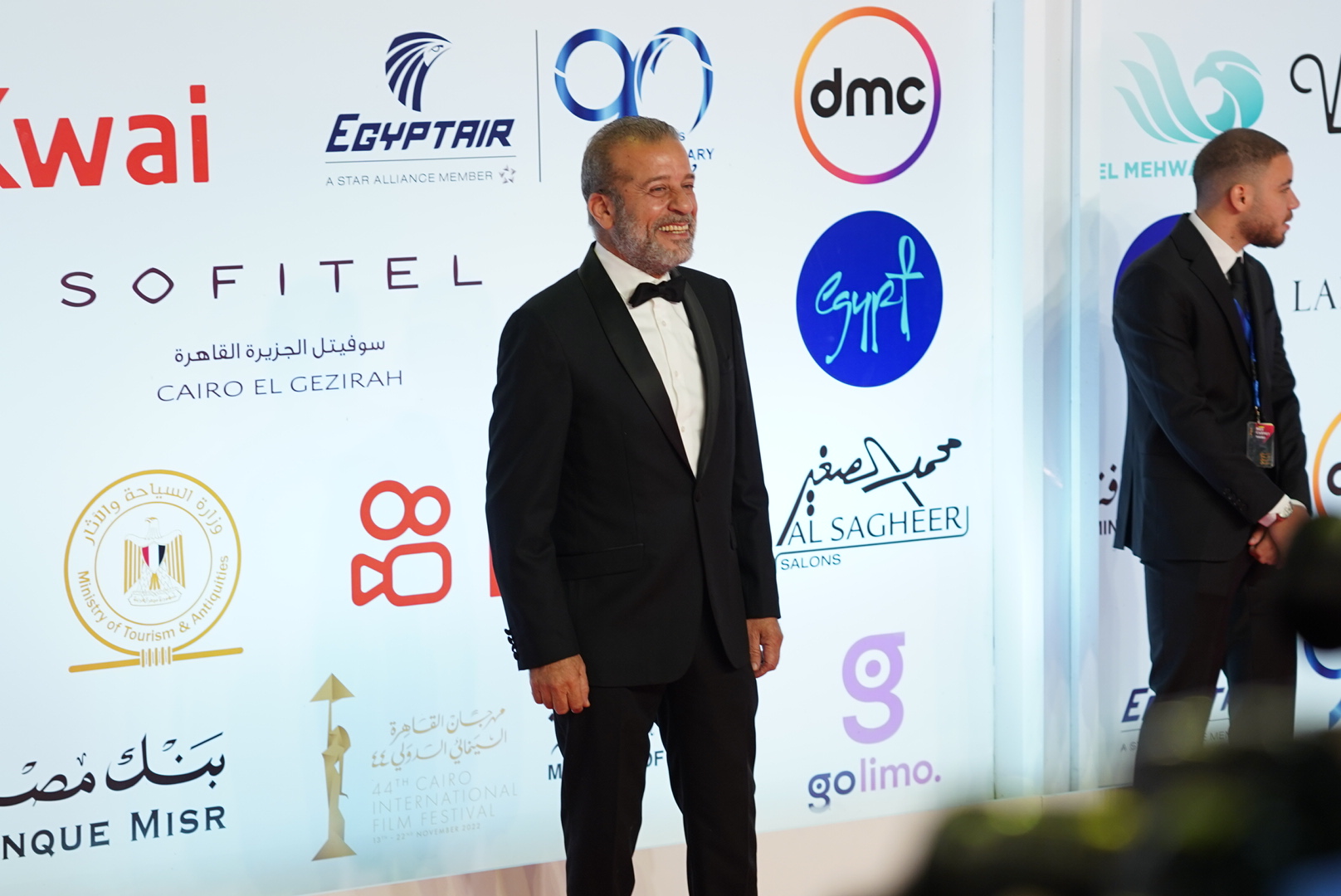 Egypt receives the lion’s share of awards for feature and short films, as well as cinematography talents

The closing also was a good night for Egyptian cinema as different local talents were awarded for much-appreciated artistic contributions. 19B, the latest film by Egyptian filmmaker Ahmed Abdalla received three awards. The first was the FIPRESCI award which is awarded by the three members of the International Federation of Film Critics. The second was Best ArabmFilm worth $10,000. Also, the film’s cinematographer Mostafa El Kashef received The Bronze Pyramid Award for the best first or second feature, presented to the Polish director Damian Kocur for his film, Bread and Salt.

The festival’s Best Actor Award went to two artists. The first is actor Maher El Khair for his performance in the Sudanese film The Dam, directed by Ali Cherri. While the other went to Alam’s Mahmoud Bakri. The Best Actress Award went to Zelda Samson for her performance in Love According to Dalva, by Emmanuelle Nicot. 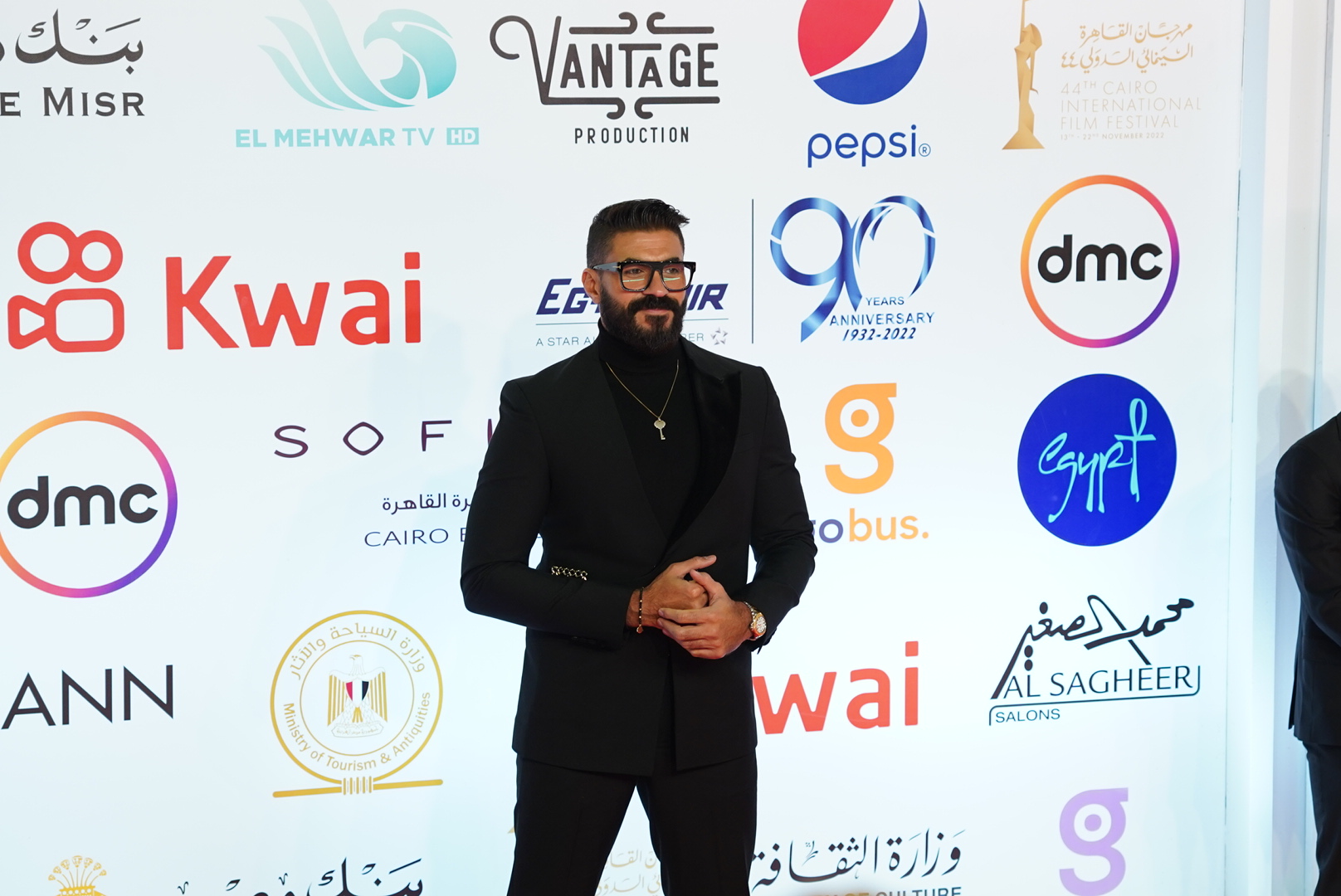 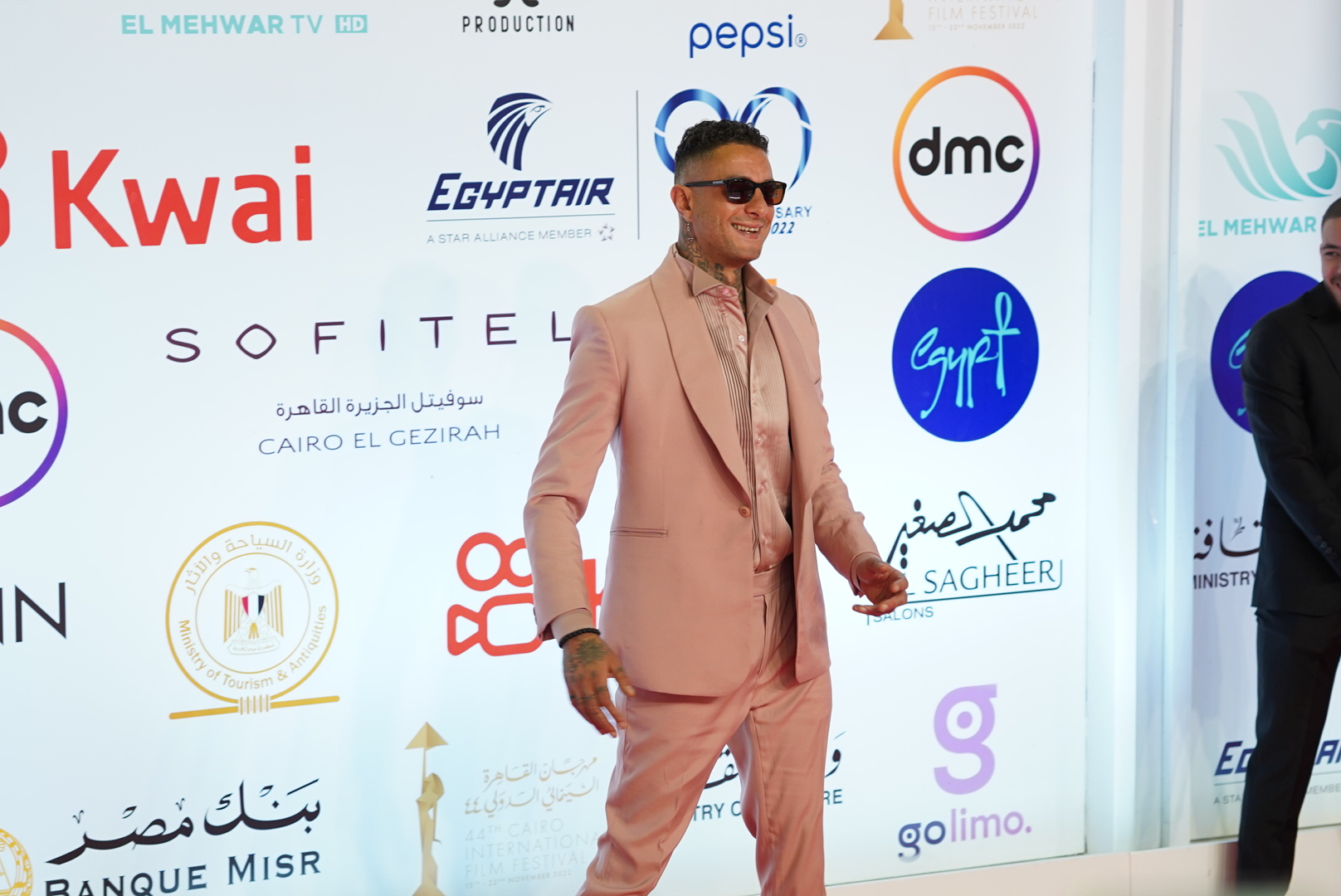 The Naguib Mahfouz Award for Best Screenplay went to the Japanese film A Man, which is written by Kosuke Mukai and directed by Kei Ishikawa. The Saad Eldin Wahba Award for Best Arabic Film was given to Carlos Chahine for his film Mother Valley. In the Horizons of Arab Cinema Competition, the jury gave the Salah Abu Seif Award to Lebanese director Bassem Breche for his film Riverbed. In the same competition, the Best Acting Performance Award went to Carole Abood for her performance in Riverbed. And Yassine Redissi’s I’m Coming Home, from Tunisia, and Lyna Khoudri’s performance in Mounia Meddour’s film Houria both received special mentions.

The jury of the International Critics’ Week Competition gave a special mention to Slovakian director Michal Blaško for his film Victim. The jury also gave the Shadi Abdel Salam Award for Best Film to the Ukrainian director Dmytro Sukholytkyy-Sobchuk, who dedicated the award to the Ukrainian people.

As for the Fathy Farag Award, it went to the Pakistani film Joyland, by director Saim Sadiq. Similarly, in the Horizons of Arab Cinema Competition, the Best Non-Fiction film Award went to the Egyptian film Far from the Nile which is directed by Sherief Elkatsha. The Silver Pyramid Award for Best Director went to Emmanuelle Nicot for his film Love According to Dalva.

In the Short Film Competition Awards, the Youssef Chahine Award for Best Short Film which amounted to EGP 100000, went to American director Ethan Barrett for his film Rosemary A.D. (After Dad). The jury also gave a special mention to Czech film One F*cking Wish by Piotr Jasiński. And finally, the jury of the Best Arab Film Award gave a special mention to Lebanese director Bassem Breche. 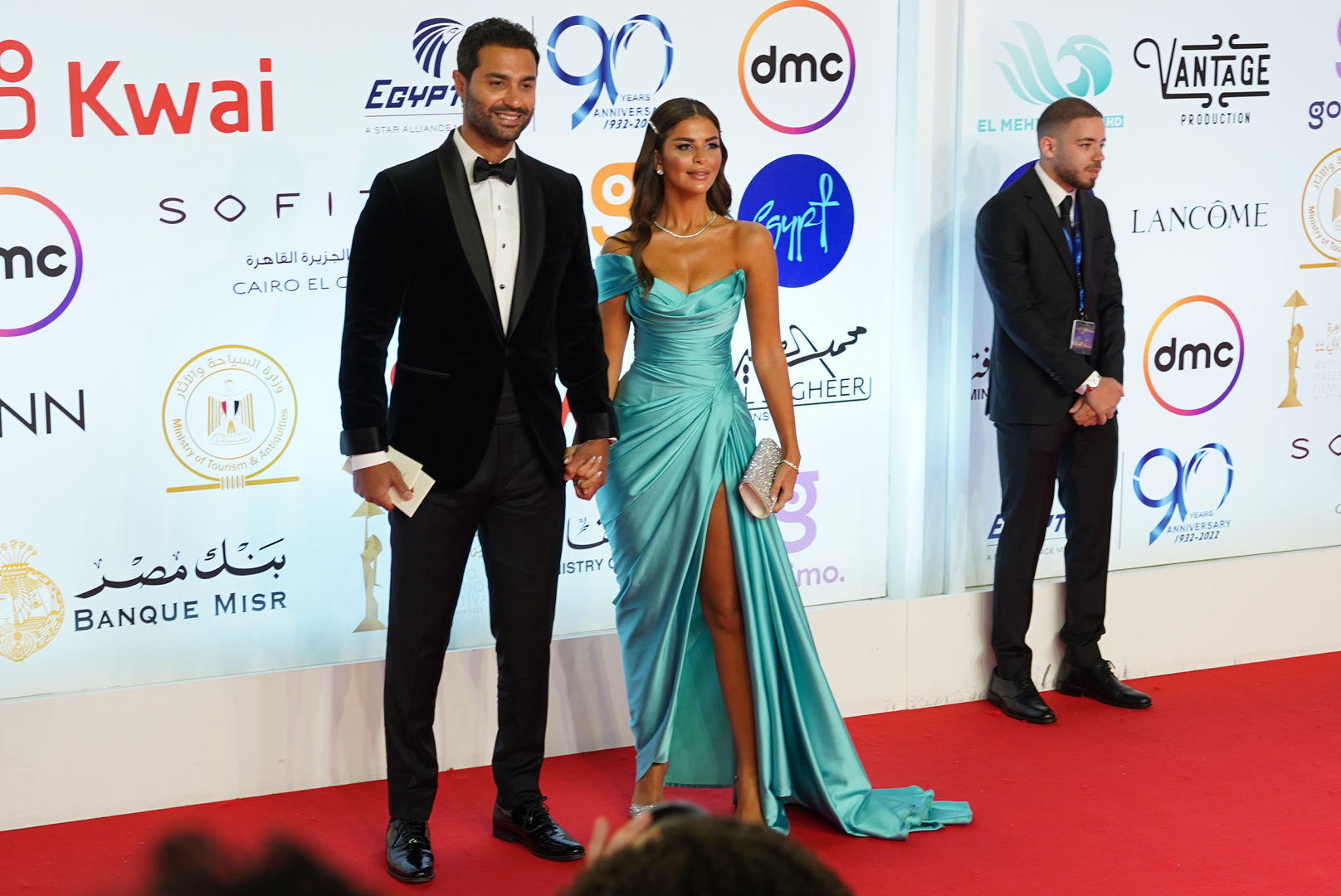 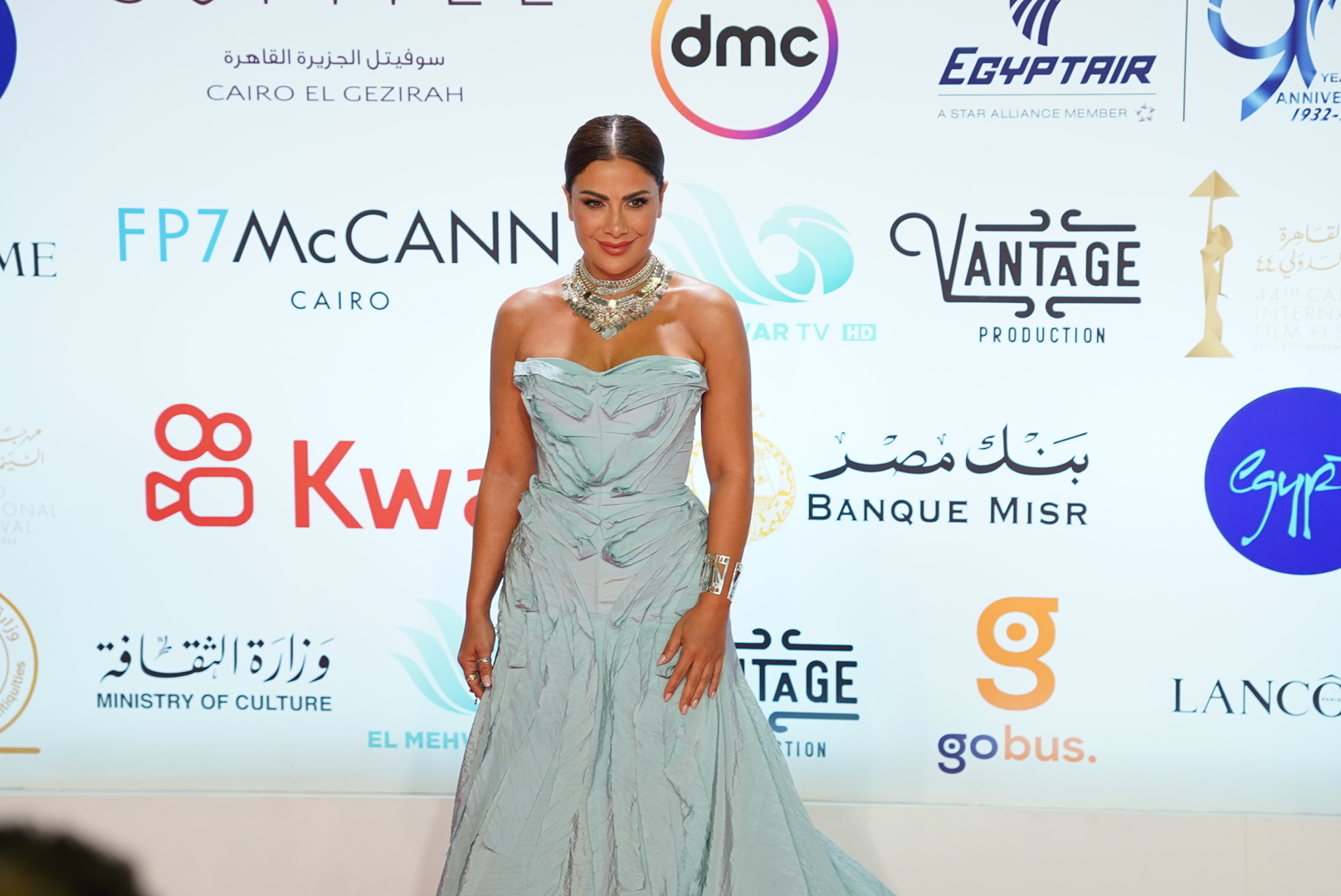 44th CIFF at a glance

The Cairo International Film Festival (CIFF) wrapped up a successful edition that gathered entertainment, fame, education, and industry for cinema lovers and the film industry.

A total of 54 countries were represented by their films at the festival. More than 100 films were screened including 79 feature films, 18 shorts, and 10 classics. 30 films saw their world and international premiere at the festival, while 57 saw their Middle East and North Africa premiere. The festival’s short film competition included 21 selected short films, from 17 countries, and included 4 Egyptian Films, 9 Arab films, 10 World Premieres, and 11 International and MENA Premieres. The result was a colorful patchwork of cinematic cultures, asserting that CIFF is an important avenue for the work of Arab filmmakers, often underrepresented in international festivals. CIFF fans got the chance to watch the restored version of Youssef Chahine’s gem The Choice (Al-Iktiyar, 1971), as part of the festival’s Cairo Classics selection. 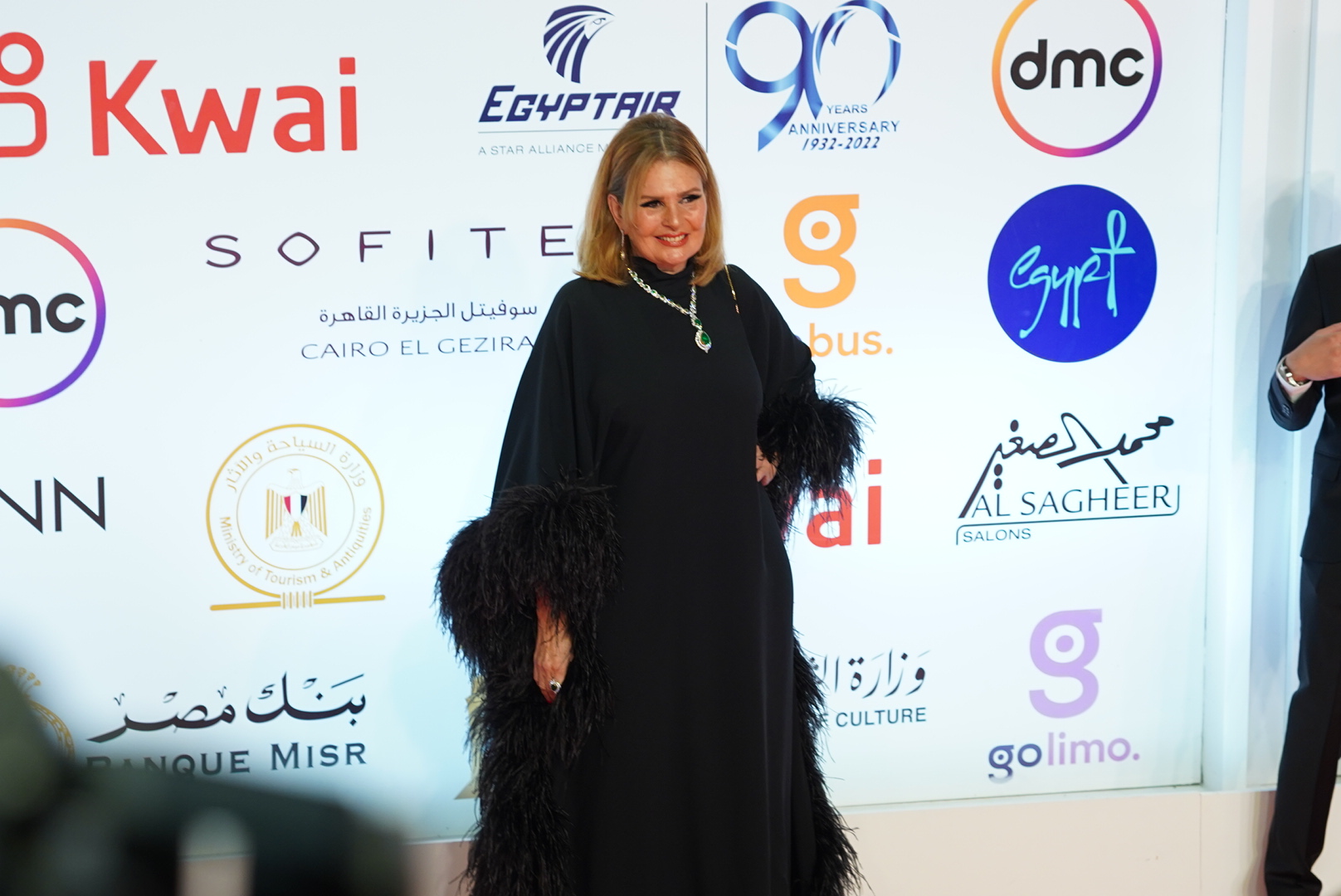 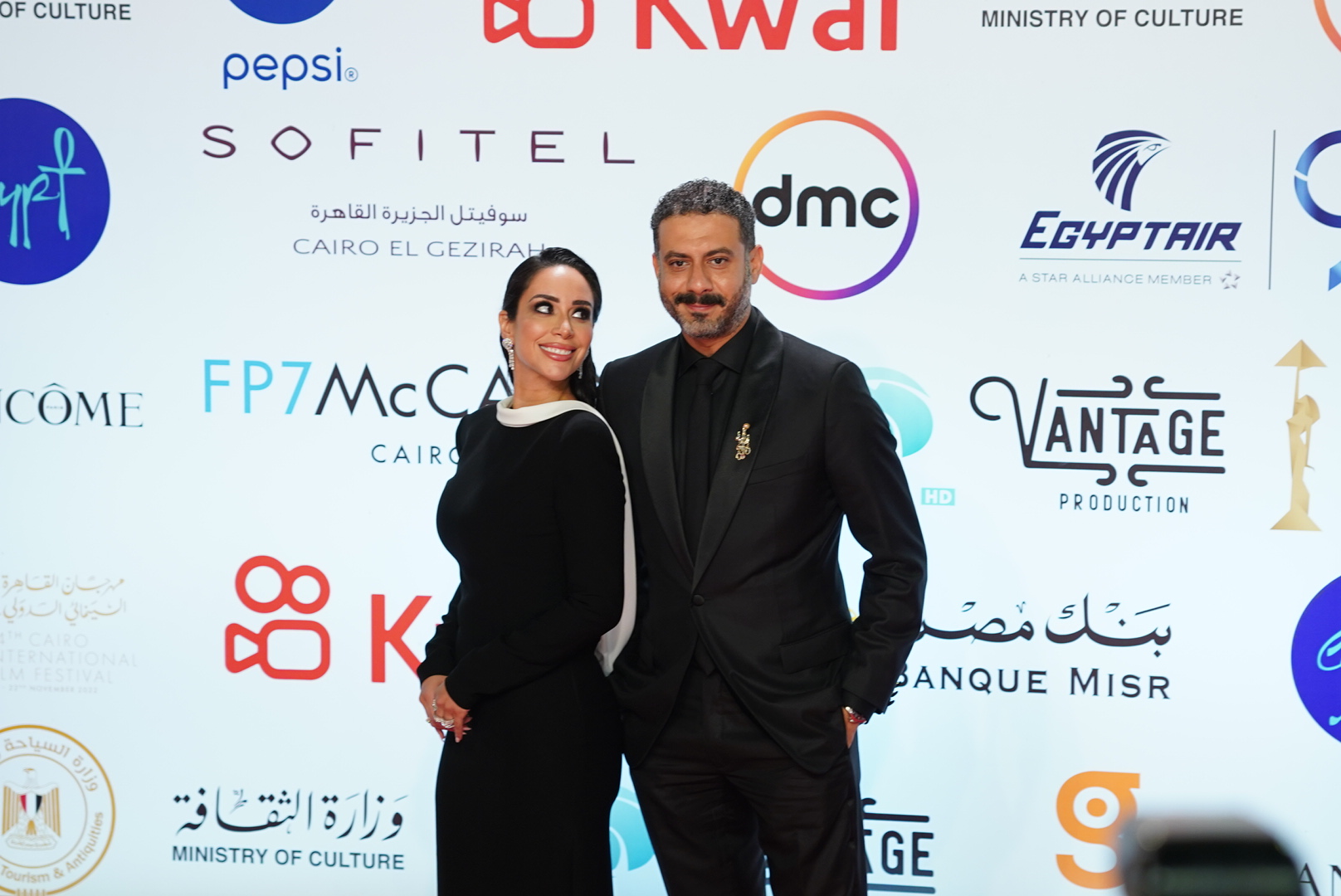 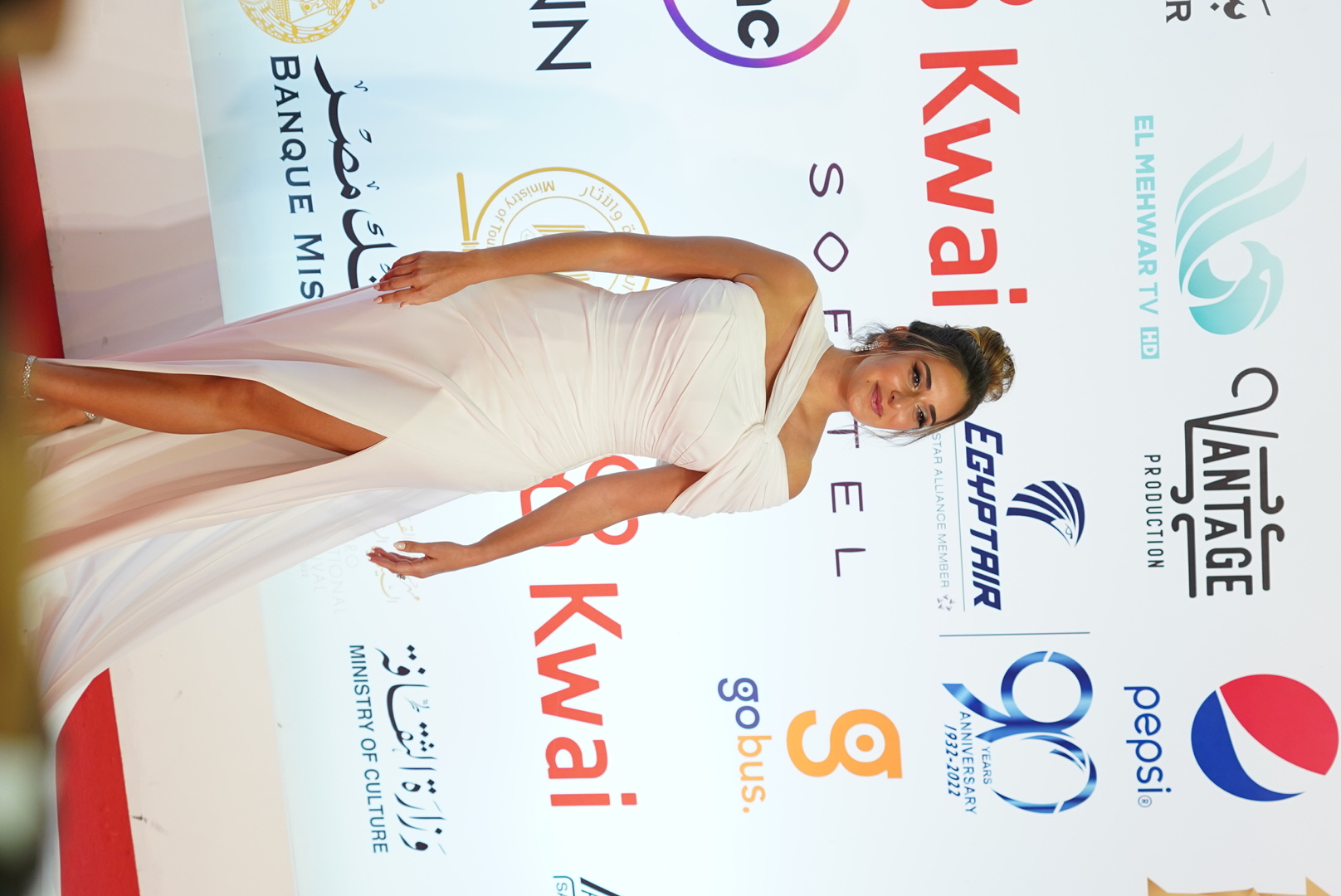