Ragheb Ayad is a renowned Egyptian artist and one of the prominent leaders of the arts in Egypt. He joined the Faculty of Fine Arts when the Prince Youssef Kamel Art School was first established in Cairo in 1908 and graduated in 1911. After graduation he started teaching drawing at the Major Coptic School (El-Akbat El-Kobra) followed by many visits to France and Italy to add to his artistic experience.

At 1925 he was sent to Rome for five years where he joined the Italian Fine Arts Institute. Upon his return he was assigned to the position of Head of the Decorative Arts Department at the Faculty of Applied Arts after which he was appointed professor at the Faculty of Fine Arts and Chairman of the Free Department.

Dr. Ragheb Ayad was part of the first generation at the Faculty of Fine Arts who became leaders in the Egyptian artistic movement. They continued the struggle to establish the foundations of a modern art renaissance in Egypt. In this group were Mahmoud Mokhtar, the first Egyptian sculptor, Yousef Kamel, the first Egyptian Impressionist and the professor of Egyptian photography along with Mohamad Hassan the famous photographer and sculptor. After two years the portrait photographer and artist Ahmad Sabry joined them; he was also a teacher who lent his experience to future generations. 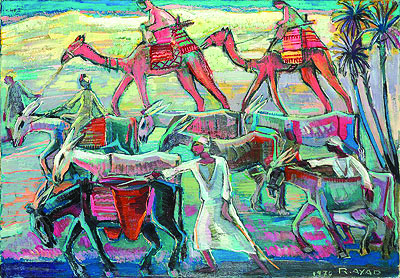 At that time, Egypt was establishing the pillars of its modern renaissance and so the Egyptians established the Cairo University Faculty of Fine Arts. This completed the development of the modern education institutes. At the time, it launched a renaissance in poetry and literature as well as witnessing the emergence of musical and dramatic theatre and the beginnings of a renaissance in music. This was the cultural atmosphere in which Ayad lived and which prepared him for a prominent position in the cultural life of Egypt as well as having a leading role in the formation of Egyptian Modern Art. Ayad is considered one of the few artists who were not affected by foreign influences in the arts. His goal was to have Egyptian Art with its own distinguishing characteristics.

Ayad couldn’t find a way to do anything else but teach after graduation but he would travel to Europe every summer to visit art museums and academies. He never lost hope of establishing his own artistic structure in Italy and so he agreed to make a student exchange with his friend Yousef Kamel. They had a very strong relationship and together they established a gallery at "El-Kal'a", where Ayad started working with local Egyptian subjects; he continued drawing and painting landscapes and nudes. Ayad was bold in his choice of portraying the popular neighbourhoods with their cafes, belly dancers, bordellos and other down to earth aspects of life. He faced some criticism because of his work but the supporters of realism were touched by the honesty in his works, done without decorative embroidery.

Ayad paved a long road for contemporary Egyptian art with his numerous exhibitions and his body of work, which is considered the richest among contemporary artists. In addition, he was a professor for a generation of artists at the Faculty of Fine Arts and he contributed to organising the Coptic museum and establishing the Modern Art Museum; he also collected many of Mahmoud Mokhtar's works to establish a private museum for him. He was also the first to call for establishing an Egyptian Academy of Fine Arts in Rome and the first one, since 1928, to come up with the idea of full-time artists to produce artistic work.

Ayad's talent was manifested in his ability to capture customs and traditions. He would walk around Egyptian districts and villages and know how to capture the odd scenes in Egyptian life. In some of his works he achieved vibrant colours, accurate lines and paintings with unique designs. 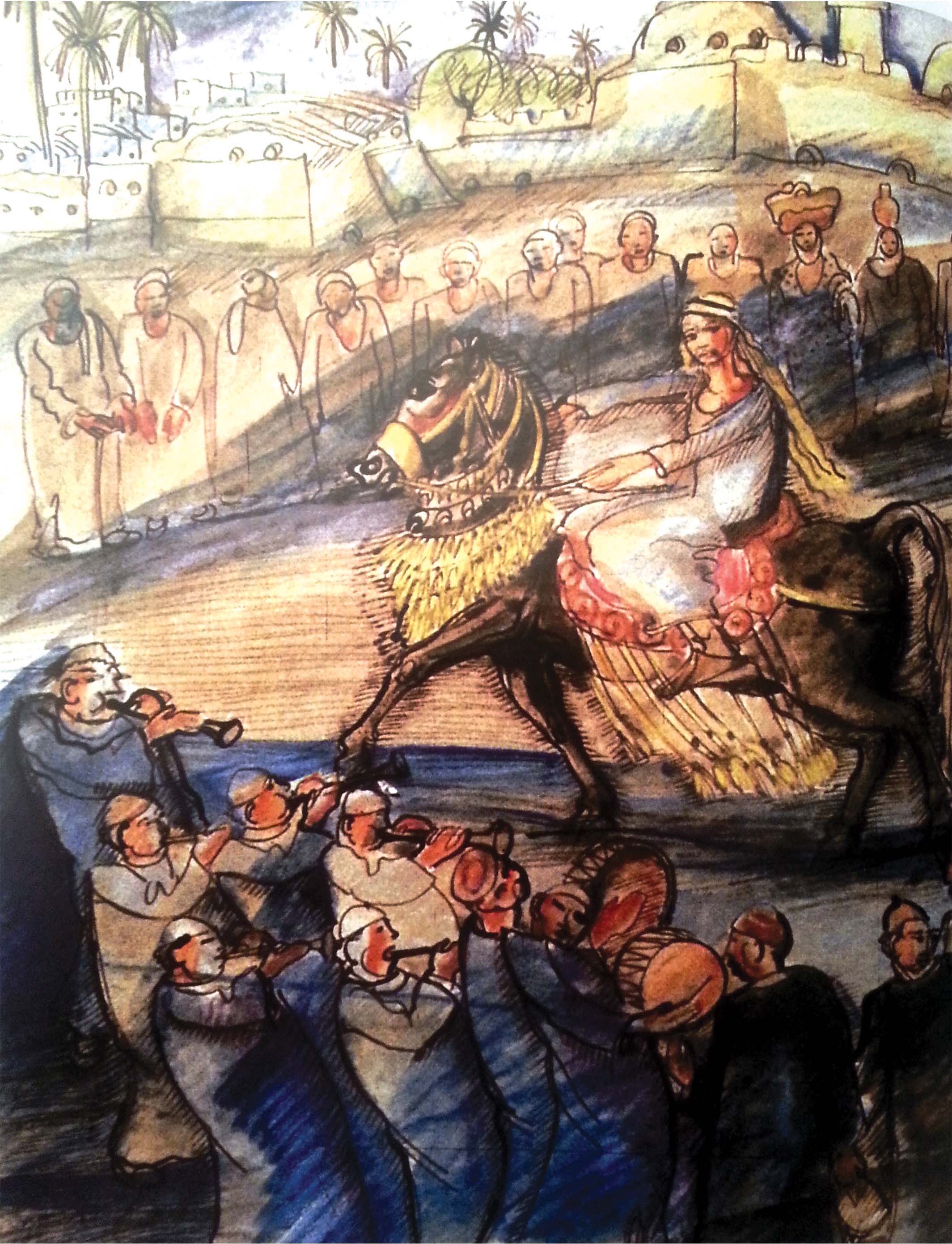 Ayad deviated from the traditional track; he never captured flowers, house entrances, nature, sunset scenes or the Nile River but he wasn’t a portrait artist because he thought in a different way and looked at people in a different way too. He had his own world but he portrayed the local world of cafes,markets, feasts and festivals with great perfection. Among his famous works are: Women in the Field, The Farmer and Oxen, Life in the Countryside, Buffalos, Musicians and Horses Dancing.

Ragheb Ayad was appointed a director of the Modern Art Museum in Cairo in 1950. He was also appointed as a representative for the Egyptian Museums in the International Council for Museums in Paris in 1953. He established more than forty exhibitions, participated in all exhibitions of the Cairo Salon and helped in the formation of the Cairo Atelier.

He received the State Award for Arts, the first degree Medal of Arts and Sciences in 1964 as well as receiving the 'Knight' Medal from the Italian government in recognition of his art in 1936.