Amir Karara: A Journey to Fame Amir Karara is an Egyptian actor and broadcaster. Like many of his generation, Amir began his career appearing in TV ads in the late 90's. His first steps towards fame were when he hosted the popular television contest show, Star Maker, which is the Egyptian version of American Idol.

Born in 1977, he was a professorial volleyball player who took part in many national and international tournaments. He has a degree in tourism from Cairo University. Amir is known for his charm, good looks and athletic physique. His most famous roles are in television and they include Shabab Al Hawa(Guys on line), Lahazat Hariga(The Egyptian version of ER), Taraf Talit(Third Party) and Taht El Ard(Underground). However, it was his role in the movie Zaki Chan that got him noticed by many movie fans.

Read on to learn what the rising star shared with he magazine about his journey to fame.

How did you start out in acting?

I initially started out as a TV presenter. My most successful show was called 'Match Maker.' It was a very popular show and for me it was a great introduction to TV audiences. Later I starred in the sitcom Shabab Al Hawa. For the big screen I did Zaki Chan and 3amaleyat Khassa. I eventually decided to focus on TV series to includeLahazat Hariga and Al Mowaten X,which was filmed during the Revolution. After the Revolution my filming included Taraf Talit, Taht El Ardand Ana 3eshe2t.

My choice of college was motivated by a goal to start my own restaurant business. My entry into show business was a matter of pure luck. I was discovered by the media mogul Tarek Nour who introduced me to the world of advertising which lead to show host. As for comedy roles, well, that depends on the requirements of the roles, the characters and scripts I'm presented with. Personally, I'm more inclined to opt for roles which require a hint of comedy or sarcasm in specific situations. So whilst I play many comedy roles although not in the explicit sense of comedy, they are rather situations where certain upshots are required. My grandfather on the other hand specialised in comedy; all his movies and characters were comedies and he was known to his audiences as a comedian.

In your opinion is an artist's popularity incomplete without having hosted a satellite broadcasted show and what were the most significant programmes you hosted and their social benefits?

Of course it's important. I started out as a TV presenter which added cultural, social and artistic depth to my acting and allowed me to connect with my audience. It's important to note that each actor has his or her own fan base or followers, who feel that much closer to us as actors through programmes like The Vault, which gives actors the chance to talk about their acting career and share their experiences with their fans. The Vault is a programme which has added tremendously to my development and it’s a programme which I continue to enjoy presenting. 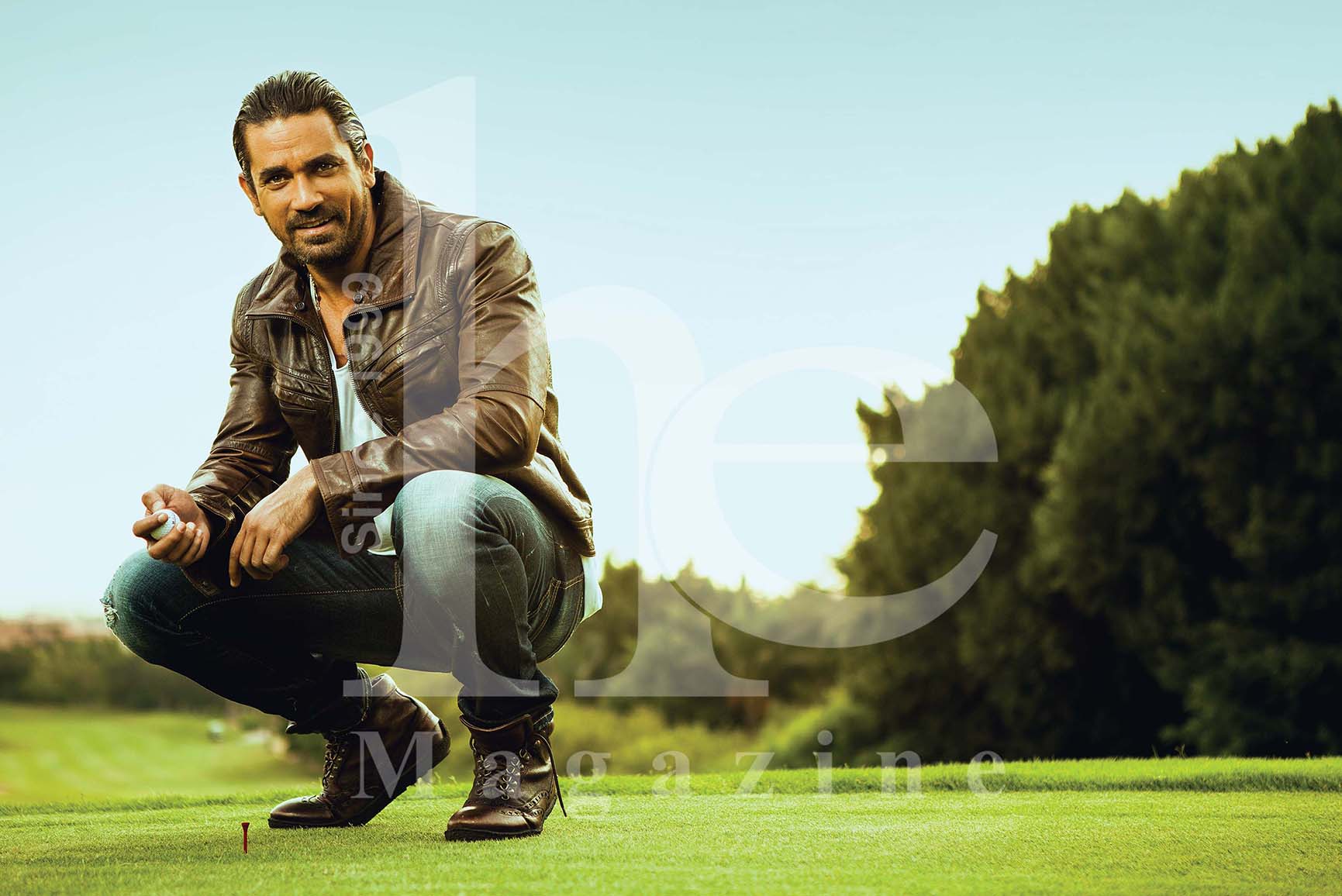 Who are your role models - Egyptian and international?

Adel Imam, who believes that being an actor is something different and fascinating. I quote him: "All I want is to use my talents to make people's lives better, if only in a small way".

Robert De Niro, I believe he is one of the greatest American actors of all time.

What is your dream role?

Sindbad is my dream role. Such a role would be an awesome escapism which would take me back to my childhood. A role full of an assortment of thrills and adventures and different from any other I have played.

Does an actor need to search for roles which are value added to his community?

And what are the roles you have played and that you think added to your community? 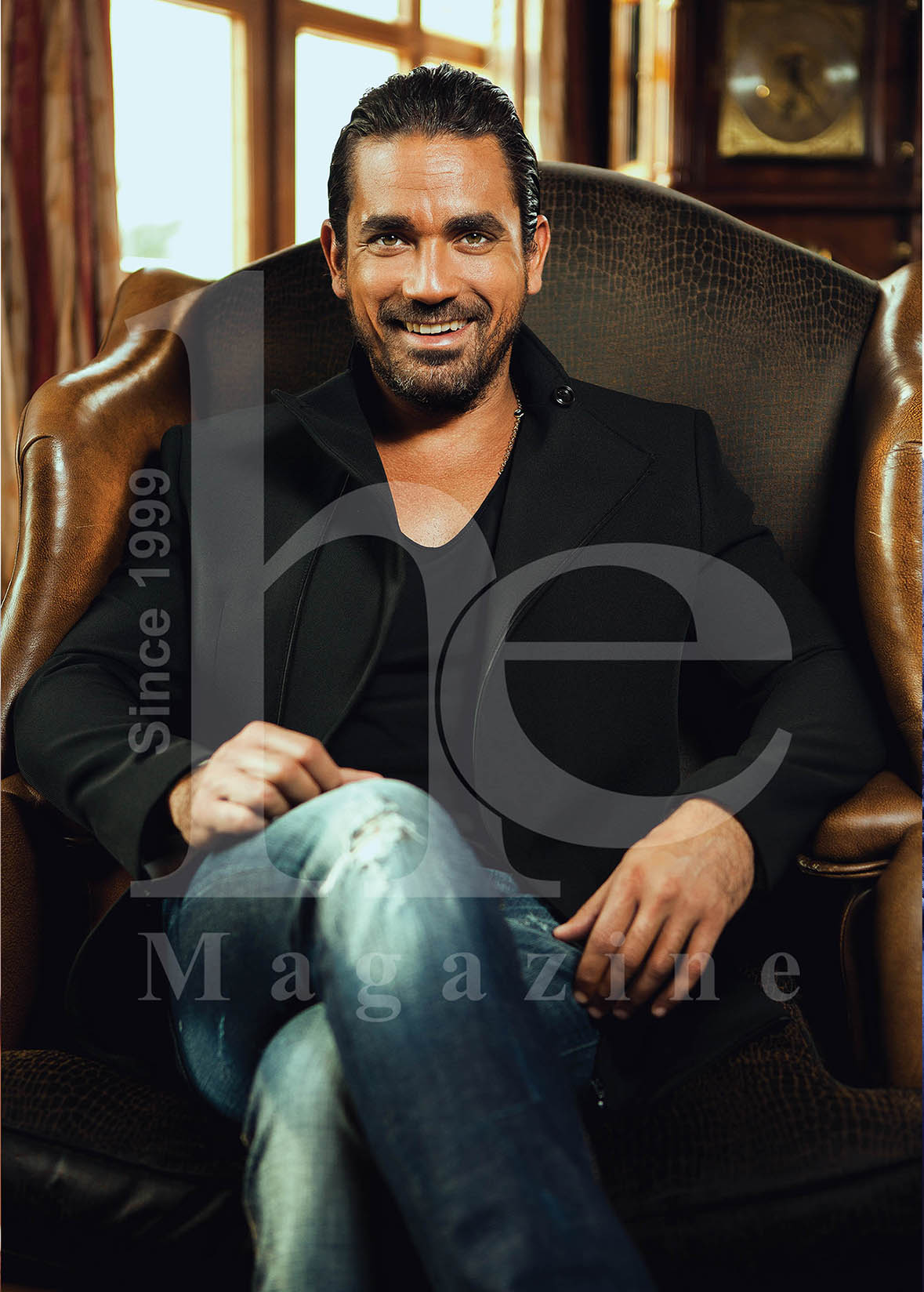 What is your explanation for what has happened in Egypt over the past four years?

I simply don't do politics and had no participation in any political related events. However, it is no secret that this has been a difficult time and these have been a tough few years but we have shown the world how strong we are. The fact remains that we are still going though turbulent time and I think it is one which needs to be handled with a great deal of wisdom.

Tell us about your kids.

Selim is four years old and Laila is two.

Whilst being an actor does necessitate staying in shape and looking good, sport for me is simply a way of life. I work out at the gym for two hours on a daily basis. I am a big believer in sport and believe that daily sport, even if its simply walking for an hour is the best formula for prevention of disease and aging gracefully. I don't diet. I believe in well balanced meals.