Sedky Sakhr: On His Talents, Success, and Future Work About Sedky Sakhr - The introduction

Sedky Sakhr is an actor and musician who made his radio debut at the age of 15 alongside actress Lobna Abdelaziz. He has been a member of “El Tami” theatre company since 2003. He appeared in various short and feature films directed by Kamla Abu Zekri, Sherif El Bendary, Hala El-Koussy and others. As a musician, he participated in the Choir Project, a series of songwriting and performance workshops, and has been a founding member of Youssra El Hawary’s band since 2012, where he plays the harmonica.

Sakhr was seen in mainstream TV with roles in series such as Al-Gamaa 2 and Zay El-Shams. Then, he appeared in more significant roles in series Leih La2, be meet wesh and ansaf maganees. The Egyptian star has joined HE magazine for an exclusive interview telling us all about his work following the hit TV show Rivo and his future works.

What attracted you to participate in the TV series Etizan?

I read the script and was intrigued by it as I thought it dealt with a deep psychological stressor that anyone could experience in their day-to-day routine, especially because I had never played a character like it before. Etizan is also my second partnership with WatchIt platform, following the success of Rivo TV series

How did you receive the success of the Rivo TV series?

I think it was a very happy and special period in my life. While following the reactions about the series, I saw this success reflected in many comments on social media platforms. Also, many friends and colleagues sent me to congratulate me on the success of the series. I see that the general atmosphere of the series is very different, as it takes you to the world of the 1990s through clothes, music and decoration, and makes you live in an atmosphere of beautiful nostalgia. I think that is one of the secrets of its success.

What do you think of the audience's comments on the series and on Marwan's character?

Frankly, I was taken aback, especially when members of the audience began referring to me as Marwan and Suleiman. People would comment using the names of the two personas when I upload private photos on Facebook or Instagram. Being appreciated in this way by the audience made me ecstatic. Others made a connection between the character and a mental condition they were experiencing, thankful that the show helped them get over it. I never thought that the audience could relate to the character in such a powerful way but it made me want to keep portraying profound and influential parts like Marwan. 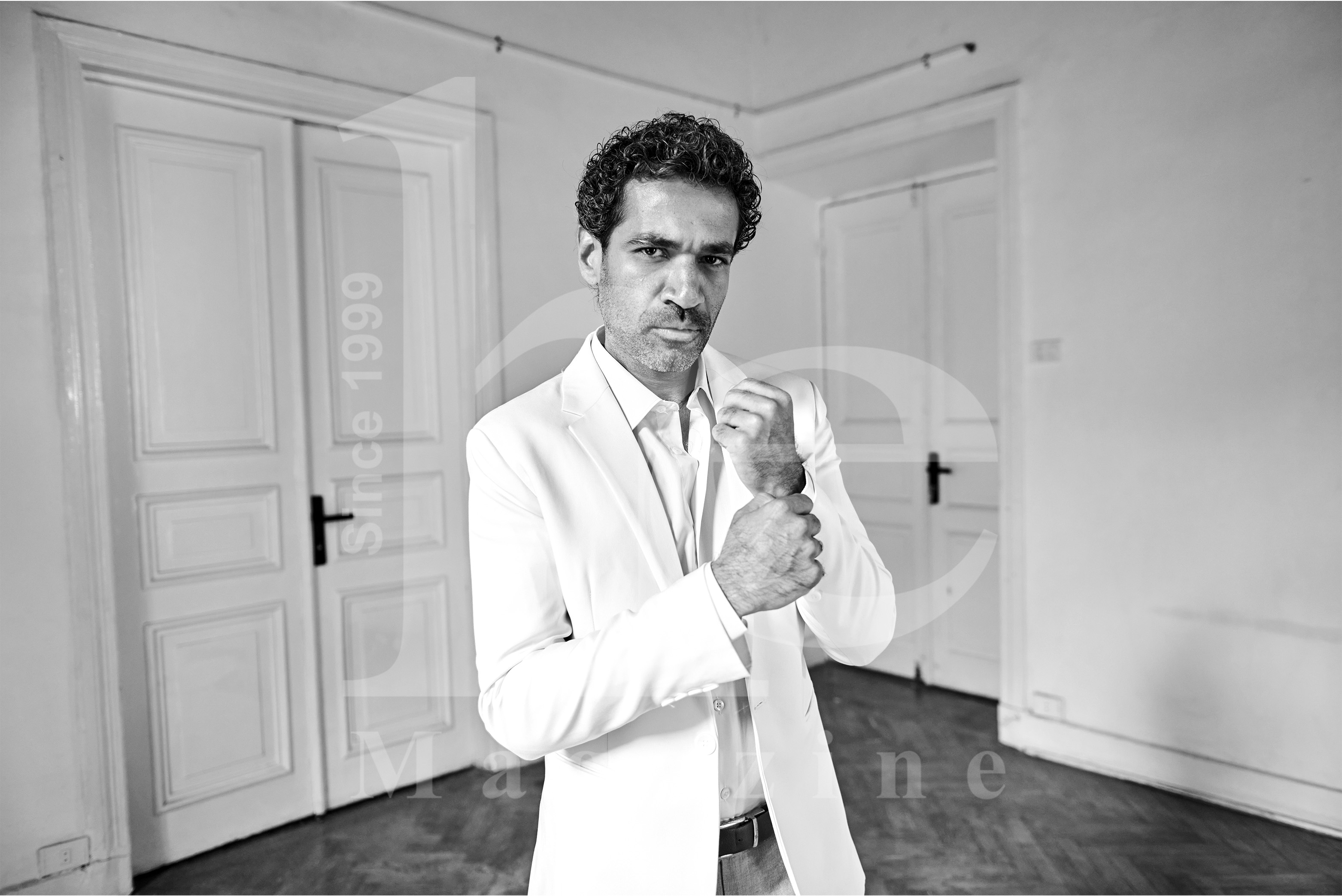 How many musical instruments can you play? Which of them do you like more?

Since I was a little child, music has been close to my heart. I enjoyed learning about and playing a variety of musical instruments. I can currently play the piano, harmonica, recorder, ukulele, and I’m working on learning the clarinet. I’m unable to decide between them; each instrument gives me a distinct sense of fun.

Do you think that playing the piano was the reason you chose Rivo?

I think it is one of many reasons; both the character and I are so similar in this hobby. I guess the director and the writer must have noticed something about me that could help in creating a believable and authentic imagery of the character that the audience could relate to. Marwan’s scenes sometimes make the audience laugh, and Soliman has other scenes that make the audience sad and cry.

Are you preparing for a second season of the series?

Rumors are circulating on social media platforms that a second season of the series is in the works. For my part, I hope Rivo’s experience is replayed for me to play Marwan’s character once again.

How did you take part in the TV drama Mon’ataf Khatar?

I had a special appearance in the series, enjoying my time and the atmosphere that I experienced with the series’ cast and crew. Since I was part of Khaled’s band, I got the opportunity to play the piano as well as contribute to the investigators’ efforts to find the murderer.

Do you intend to join the next Ramadan season? Especially after you did not participate in it for two consecutive seasons?

Normally, I do not think about when the TV show would be aired. It all comes down to the role I portray, the content discussed and the overall quality of the work. So I don’t think about being in Ramadan just to be present, but rather to offer work of substance for the audience’s delight.

Are you more inclined to participate in the works presented on the platforms?

I see that the platforms have given us more freedom in topics, as the writers have become not committed to a certain number of episodes, which has made the series more tight, intense and powerful. Participating in TV shows has other advantages, such as giving you a larger segment of the audience and more space for episodes to build the characters and events; therefore, I do not choose between platforms and TV, rather, I opt for the appropriate work that adds to my career.

Why is Sedky Sakhr away from the cinema?

I am not away from the cinema; it is simply related to the films that are available and being presented to you. I am looking for the ideal project to join. Currently, I’m working on a new film, but unfortunately, I cannot give details about it. But stay tuned!

What is your next project?

I am currently focusing on the TV series Etizan in order to be able to give my best at a level that the audience enjoys, then there is the other new film that is to be soon revealed. In addition, I’m in the process of reading proposed scripts. I’m hoping to be successful in selecting what suits me best.