When Passion Intersects With Genuineness An interview with Dr. Azza Hassanein, founder of La Vitrine and Dibaj

“We import the finest materials from Europe and South Asia besides, our rich Egyptian-made collection that is exclusively designed and distributed by Dibaj,” said Dr. Azza Hassanein, founder of Dibaj.

Dibaj is a well-established Egyptian fabrics store that offers a rich variety of upholstery and curtains fabrics including cotton, silk, velvet, and more. Dr. Azza Hassanein, the founder of Dibaj is not only a talented designer and business owner, but she is also a Senior Arabic Language Instructor at the American University of Cairo and a holder of MA TAFL. She received the “CASA Excellence in Teaching” Award in 2013. Dr. Azza has also authored a reference book for Arabic grammar and co-authored a series of AFL books on Arabic writing at different levels. Her strong love and pride in her heritage and language made her choose the name Dibaj, an Arabic name for her business, and even the business's social media platforms reflect Dr. Azza’s identity through the Arabic language used.

There’s no wonder that passion is Dr. Azza’s drive, as, until today, she still manages to excel as a designer and business owner while keeping her successful career in academia. 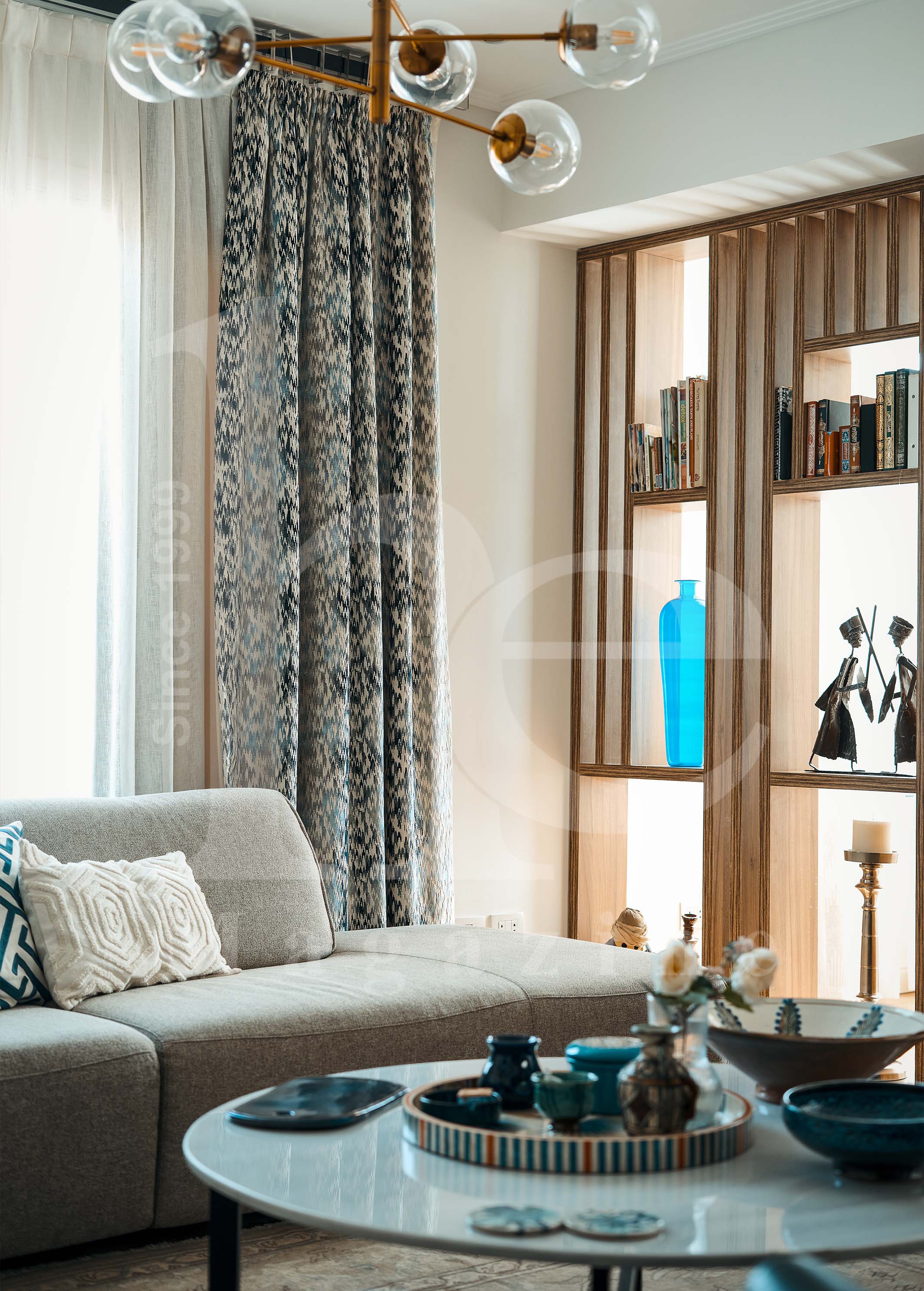 When passion, talent, and luck intersect

Since a young age, Dr. Azza was fond of furniture design and always had a distinguished exquisite taste among her friends and family, which made them trust her taste, take her opinion, and ask for her help while preparing their houses.

Dr. Azza shared with us the moment when everything turned from a hobby into a business reality. “A friend of mine encouraged me to take my talent and turn it into business in 2004. This is when I started La Vitrine, my first furniture business that creates classic French and English furniture in the original fashion. It went booming although it was on a side street in Nasr City, but apparently, people’s word of mouth made it boom.”

Dr. Azza used to import the fabrics from abroad, and then, one time, she had a bigger quantity of fabrics than what she actually needed for her designs…and this is where the idea of Dibaj came to life. Indeed, she opened her first store in City Stars mall and only used imported fabrics, until very recently, when she added a local line, due to the import restrictions and inflation. The main aim was to still be able to serve categories A and B with the most convenient prices, and of course, the highest quality. 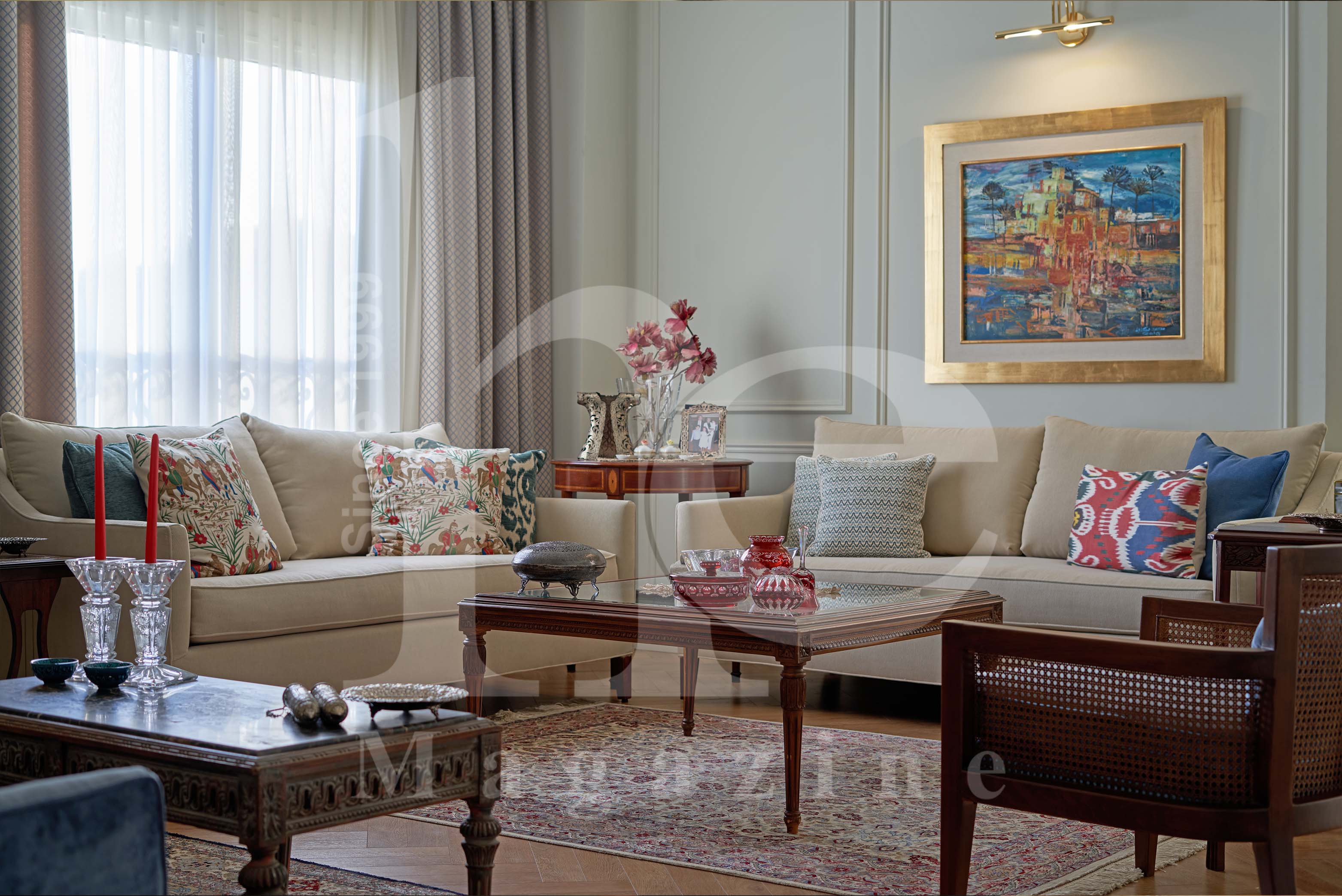 Challenges that turned into opportunities

In 2018, the business suffered from a lack of labor, but this didn’t stop Dr. Azza from finding a quick and reliable alternative that doesn’t slow down the business process. “I worked with my own hand more, and I loved it! In fact, this is what distinguishes La Vitrine & Dibaj from other places. I love working with my hand, I love producing unique pieces, and I make it all from my heart,” Dr. Azza expressed.

Another challenge that arose was the import restrictions set by the government on big patches. Now, they still keep the import line, where the clients get to choose the fabrics desired, and Dibaj ships them by order. However, to make sure that the business is serving everyone, Dr. Azza decided to start a local line too; especially during the pandemic, when the challenge became bigger and the restrictions got even worse. Since then, Dibaj has created its exclusive Egyptian collection, besides her exclusive imported line, and that was another success for the business and was a decision taken at the right time, as the inflation and currency devaluation hit right after. 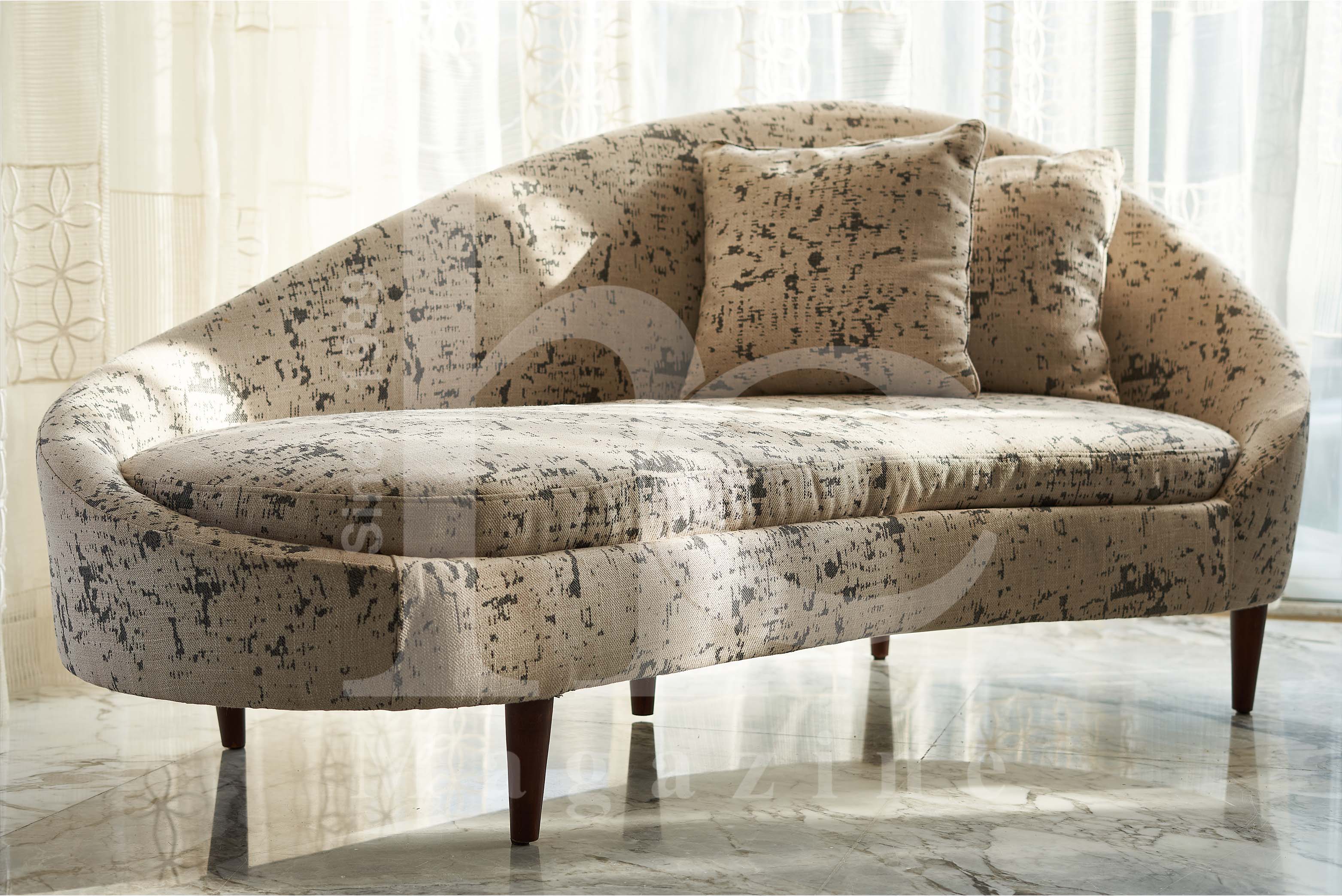 Business expansion is on the go

La Vitrine is now temporarily closed, as well as the headquarters of Dibaj in New Cairo’s branch. “There are some major expansions taking place. In 2023, Dibaj and La Vitrine are coming together but with a different hierarchical structure for the business. La Vitrine will be the mother company, acting as the big umbrella, under which Dibaj and La Noche fall into place.”

La Noche is another line for ready-made curtains and cushions. It has always been a section and part of Dibaj’s business but in a lower-key state; it is plain and simple with exclusive fabrics of Dibaj. Now, it’s about to shine more and have its own entity. “As you can see, everything just intersects at a point! It all started with La Vitrine, just for the aim of designing furniture, then, I realized that I can also include the fabrics that I work with as part of my business, designing the fabric itself; so Dibaj became a core aspect of the business. Later, I realized that people liked the fabric and designs that they start asking to use them for their curtains and cushions designs, so I expanded the business to meet this need with La Noche.” 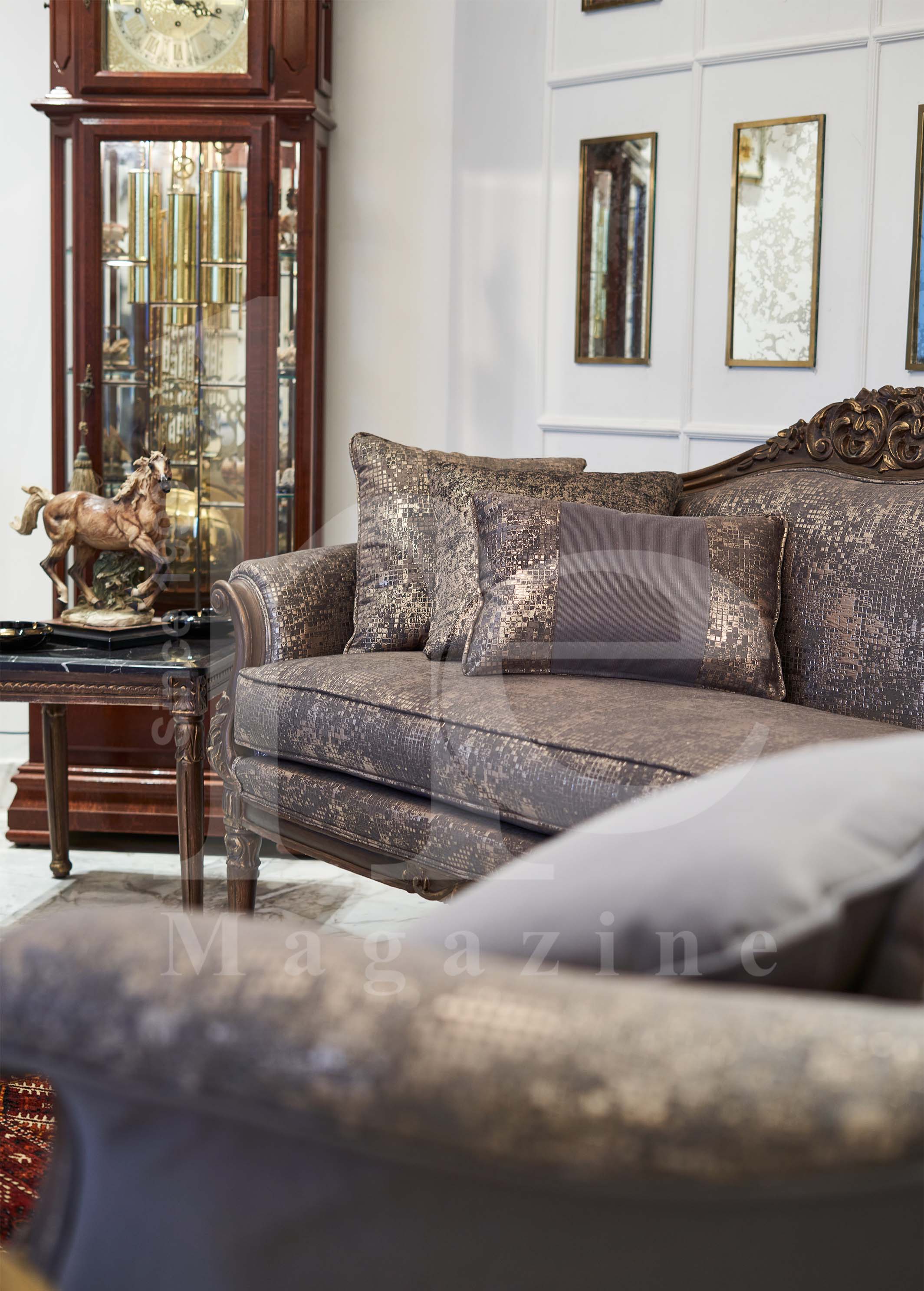 A special touch for interior design

Dr. Azza has her own unique touch for art in general. This is highly reflected in her taste in interior design as well. “We come up with the plan and furniture designs, then take care of the furnishing process from A-Z when the client needs the service. This concept is usually desired by both clients of La Vitrine and Dibaj,” she explained. Interior design is a service that Dr. Azza works on all by herself; this is why it distinguishes the business. Dibaj didn’t have any advertising campaigns; the marketing was mainly based on the word of mouth. Thus, the strength of the business lies in its reputation which is reflected through the high-quality and customer service provided. 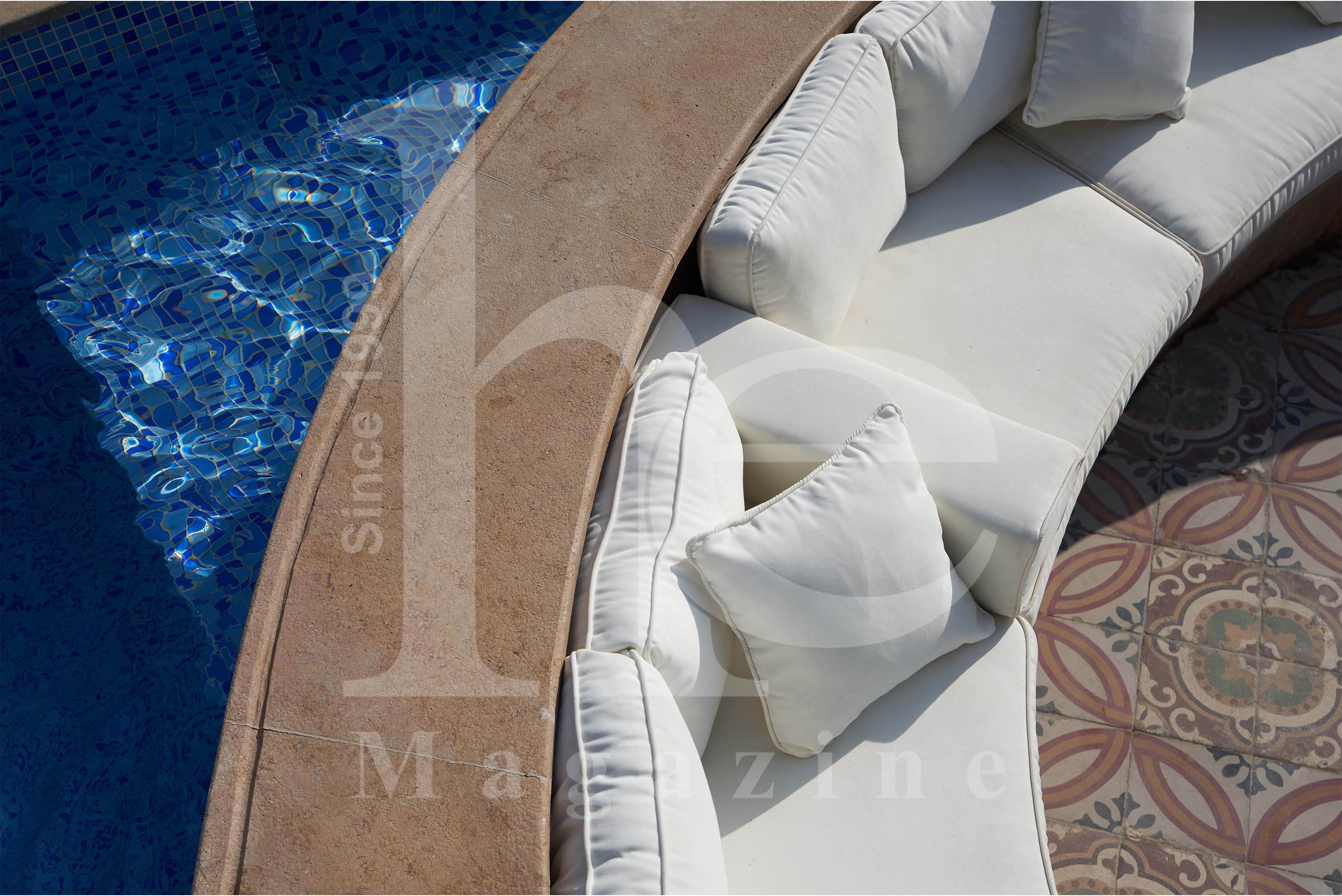 Technology complements the human’s touch but never takes it over

Dibaj has a very strong managerial tech system, where Dr. Azza can monitor everything easily. However, this is all for business management. When it comes to the design itself, she only works with her own hand, then gives the work to another engineer to work on the technical part when needed. The strength lies in her unique ideas and designs for fabrics, furniture, curtains, and cushions. Even in furniture, she is known for the melange of two styles together to come up with a completely new third original design.

Over-exposure to the internet and platforms like Pinterest can sometimes let the designer lose their originality and special touch. Dr. Azza’s genuine designs are the main keys and elements that attract her clients. If not used wisely, technology could do more harm than good.

It was a pleasure having this insightful and inspirational conversation with Dr. Azza Hassanein, and we’re very much looking forward to witnessing her new projects in 2023. 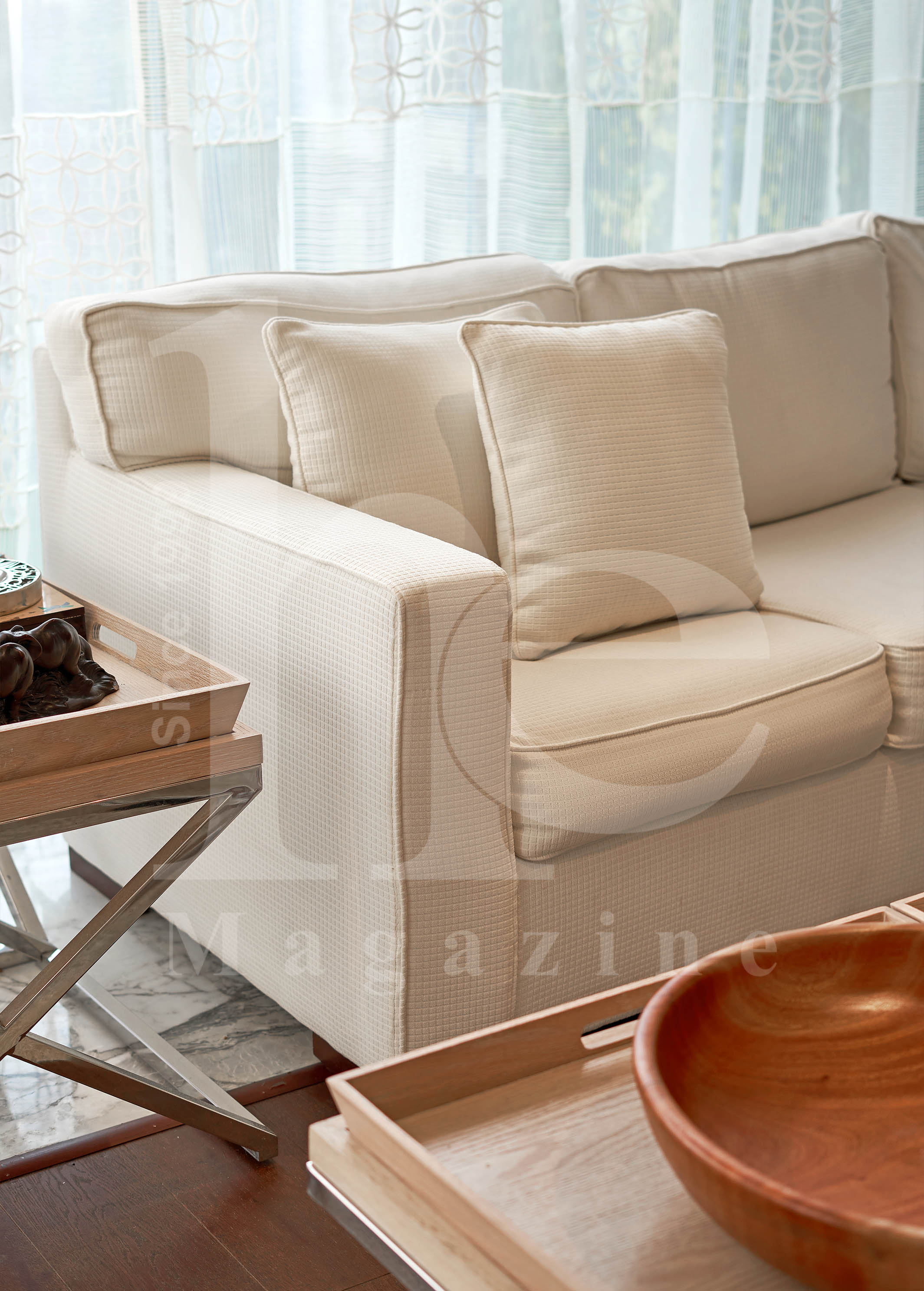