Dispelling the myth of sustainability In-depth conversation with co-founder Amgad Khattab on putting sustainable practices back on the country’s agenda.

“Working collectively on this issue has become a matter of necessity and urgency.”— Amgad Khattab

Every year, it becomes more vital to take an environmentally-sensitive approach to build design and preservation. The green building industry is one of the world's fastest-growing sectors, creating millions of jobs and contributing billions of pounds to the Egyptian economy. It also provides significant opportunities for structures, wishing to increase their value and lifespan.

Co-founder of Engineering solutions, Amgad Khattab, who graduated in 2008 from the faculty of mechanical engineering, aims to put sustainability and green building initiatives back on the agenda here in Egypt. “We essentially are an office specialized in everything and anything related to sustainable buildings, consulting, and certifications, offering these services in Egypt and in the middle east with the two biggest countries that we center our efforts on Egypt and Saudi Arabia.” 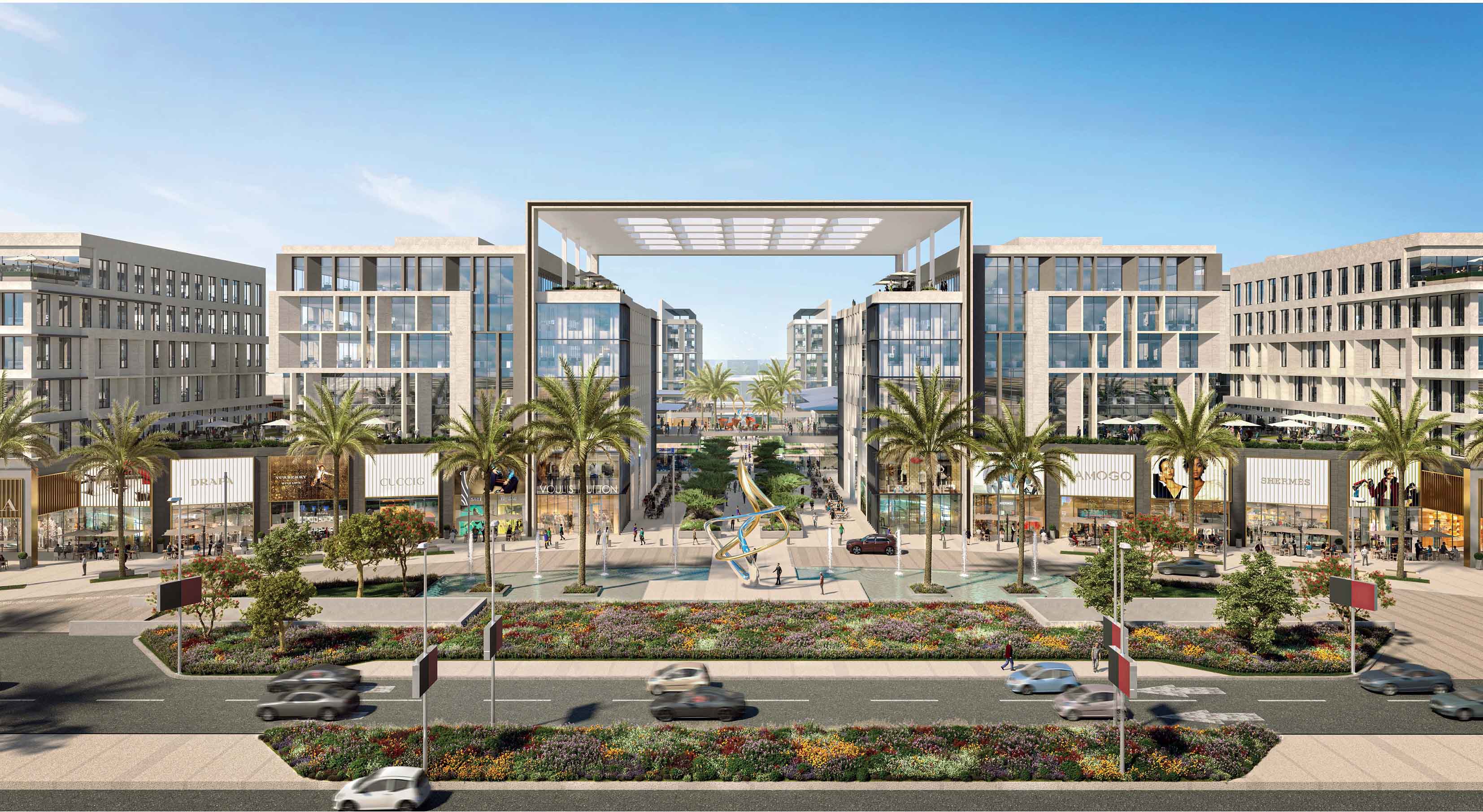 The certifications of Engineering Solutions mainly focus on LEED, EDGE, WELL, and Living Building Challenge certifications, in addition to sustainable living and building design as a whole. “What I mainly do is help projects and guide them to be able to fulfill their sustainable goals achieving these certifications.”

Depletion of natural resources and climate change is undoubtedly the biggest challenges that humankind faces today. Here, buildings have a crucial role since they consume the majority (30 to 40 percent) of the total energy resources. Green building certification is one of the solutions to limit energy use in buildings. In addition, it is seen to indicate consideration for sustainability aspects in construction. Khattab explains, “we first started this journey in 2010 and were the first to work on sustainable buildings and design consultation, and we are considered to be the only one to this day in the market with more than 10 years of advantage. Up till now, we have been awarded thirteen LEED certifications in different projects here in Egypt with Engineering Solutions working on 70% of sustainable and green-conscious projects in the market share, constituting more than 30 projects.”

According to LEED itself, “the LEED plaque on a building is a mark of quality and achievement in green building.” As a result, each LEED-certified building has demonstrated that it was planned, built, and maintained with the highest level of energy efficiency. As an eco-friendly design and green construction efforts gain popularity and need, obtaining LEED certification is a critical distinction for modern buildings. These building owners will not only save a lot of money on green energy by complying with LEED, but they will also boost the building's public reputation. “Especially with COP27 being hosted in Egypt it was an eye-opening experience for many people here in Egypt and sustainability was no longer a matter that was discredited.”

According to the 42-year-old engineer, Engineering Solutions has worked on many big named projects to achieve green building certifications such as Galleria 40, located in Sheikh Zayed, which was awarded LEED Gold; City Centre Almaza, that was also awarded LEED Gold; The French University in Sherouk; and the off-campus residential building of The American University in Cairo. Now, the office is working with SED (Saudi Egyptian Developers) on several projects for Egypt’s new capital, New Cairo. 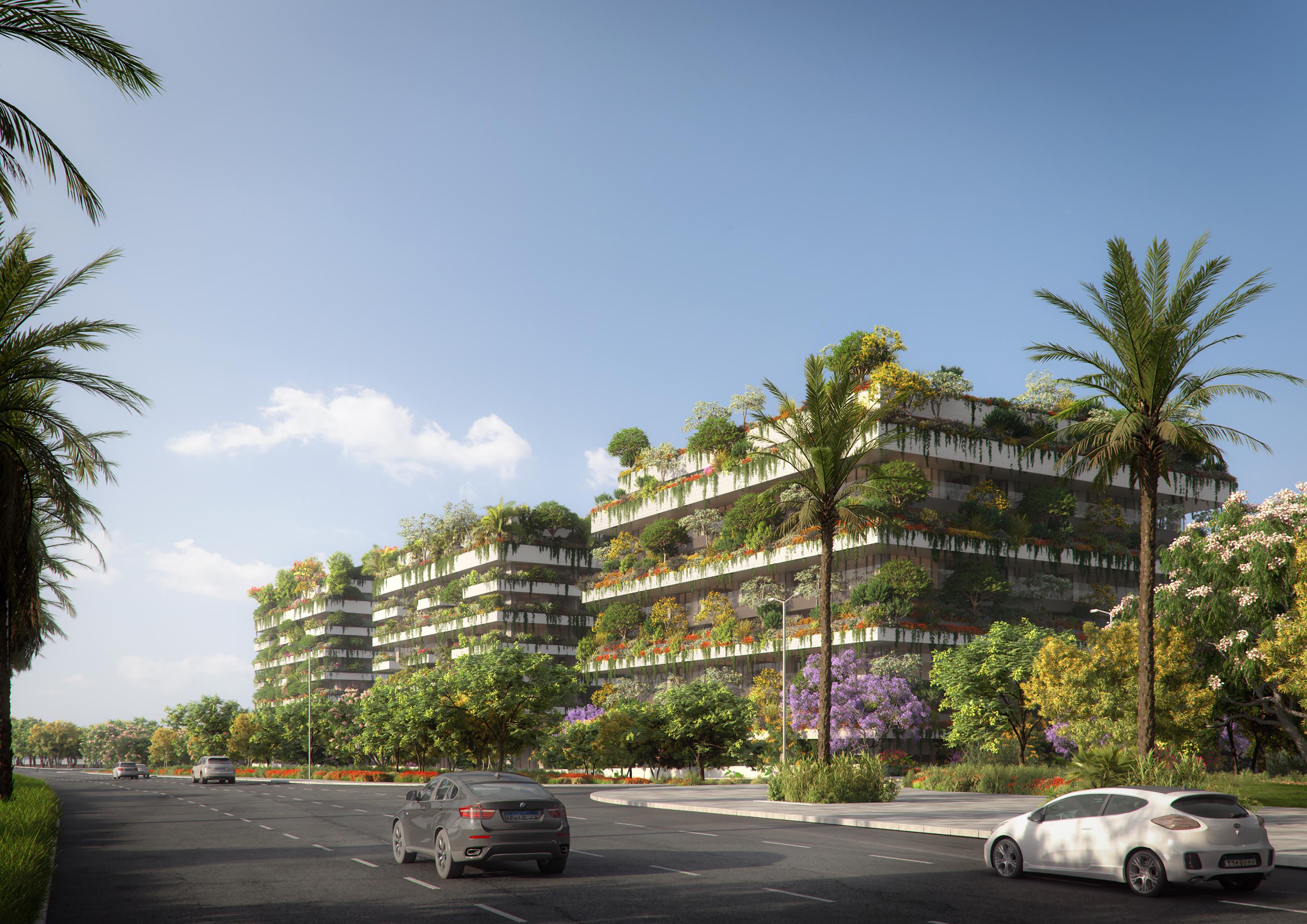 The considerable advancement to this niche market in Egypt has not only been in terms of new technology but also through increasing levels of recognition among developers, consultants, and architects that if they do not start changing their mindset to how they go about designing and constructing buildings, the industry will at some point leave them behind. “The idea of sustainability in Egypt sadly is still too novel and has not reached its full. A few years back the concept was completely disregarded with the sole purpose and interest of knowing how much commercial exposure and profit would be generated. Nowadays, it’s not as bad as it was back then, but still, it’s not even a dent in what we truly have to accomplish.”

With a few anomalies, today’s building practices encounter inefficiencies that are detrimental not only to clients’ time and money but the well-being of the environment. These include material waste, labor costs, long construction hours, and excessive levels of maintenance. Sustainable construction and green building initiatives play a role in breaching the gap that conventional architecture has created and potentially have the power to overhaul the industry as a whole.

Khattab confesses that “the government plays a huge role in aiding this dilemma, not creating rules and regulations strong enough for companies to adhere to. How are we in the private sector able to create a change if the country’s government and the powerhouse that holds all the power do not believe nor put much effort into the sustainability and climate change crisis? – that is the issue we face every day here in Egypt. We unfortunately are very late in the sustainable industry and we still have a long way ahead in order to be able to fit and cater to the needs of the future.”

A constant challenge being faced in the country through the engineer’s experience is also the misconception among people that sustainability is expensive and costs a hefty penny which ultimately deems it as inconsequential due to the people’s lack of education and awareness on the matter. Khattab clarifies, “if sustainability was to be planned out from the early stages of any project and taken into consideration during the design process then the overall total budget of the project would not increase but would most definitely save more money in the long run, saving up on things like electricity, power, and water in comparison to any of the other traditional project.” 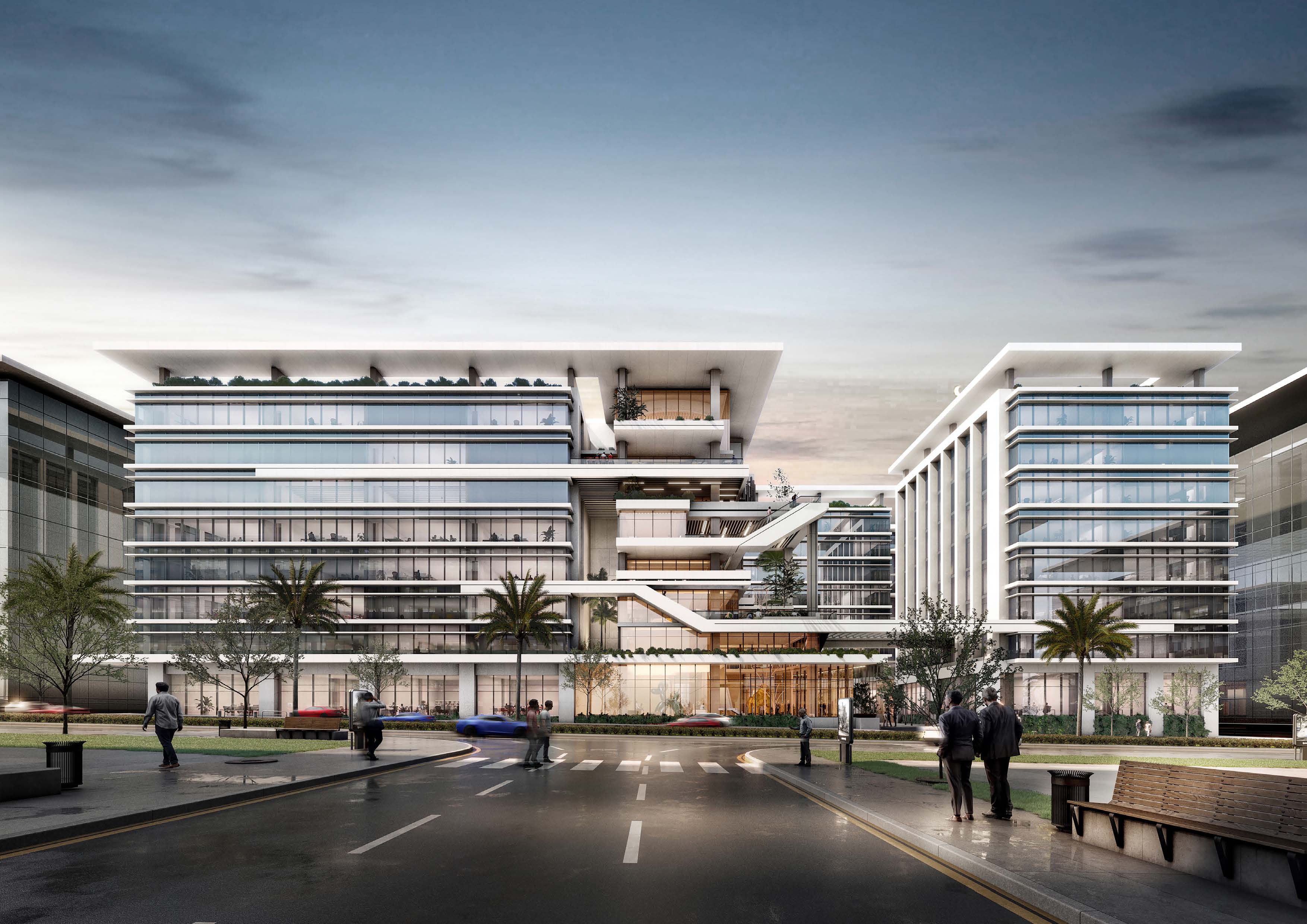 It was recorded that between the years 2015 and 2018, LEED-certified buildings were “estimated to generate as much as $1.2 billion in energy savings, $149.5 million in water savings, $715.3 million in maintenance savings, and $54.2 million in waste savings.”

The co-founder concludes, “green buildings and sustainable buildings as a whole strongly benefit the matter of climate change, an issue that if we did not take action on and started working collectively on how to combat it, the planet earth, as we know it, will cease to exist. Working collectively on this issue has become a matter of necessity and urgency rather than it being a conversational topic.” Buildings are a major factor that triggers the effects of climate change due to the high carbon dioxide being emitted (buildings require power and energy to operate functionally and that essentially is being taken from power plants and in order for that to happen these power plants have burn fossil fuels and release carbon dioxide emissions in huge quantities) thus, it is a never-ending loop of corruption; turning a blind eye to what truly is important. Such practices and beliefs are in efforts by Engineering Solutions that put at an end in order to create a safe, healthy, and prosperous future for generations to come and for a hospitable planet.