Mounir Canaan is considered one of the contemporary Egyptian artistic movement’s leaders. He started his artistic development at the beginning of 1945 when he created his first abstract painting. In 1953 he created his first collage and in 1956 became a member of the Nahow el-Maghool group with Ramses Younan and Fouad Kamel.

The progression of Canaan’s art is divided into many different stages which helped him in gaining a variety of artistic experiences. The first stage started in 1940 and ran to 1946. During this stage he gained technical experience as a professional painter learning technique and the use of colour which was his formation stage. His second stage of development from 1946 to 1965 is considered his transitional stage in which he searched for the genre from where he could become an established artist. He criticised many abstract works while he was following the international artistic movement at that time. 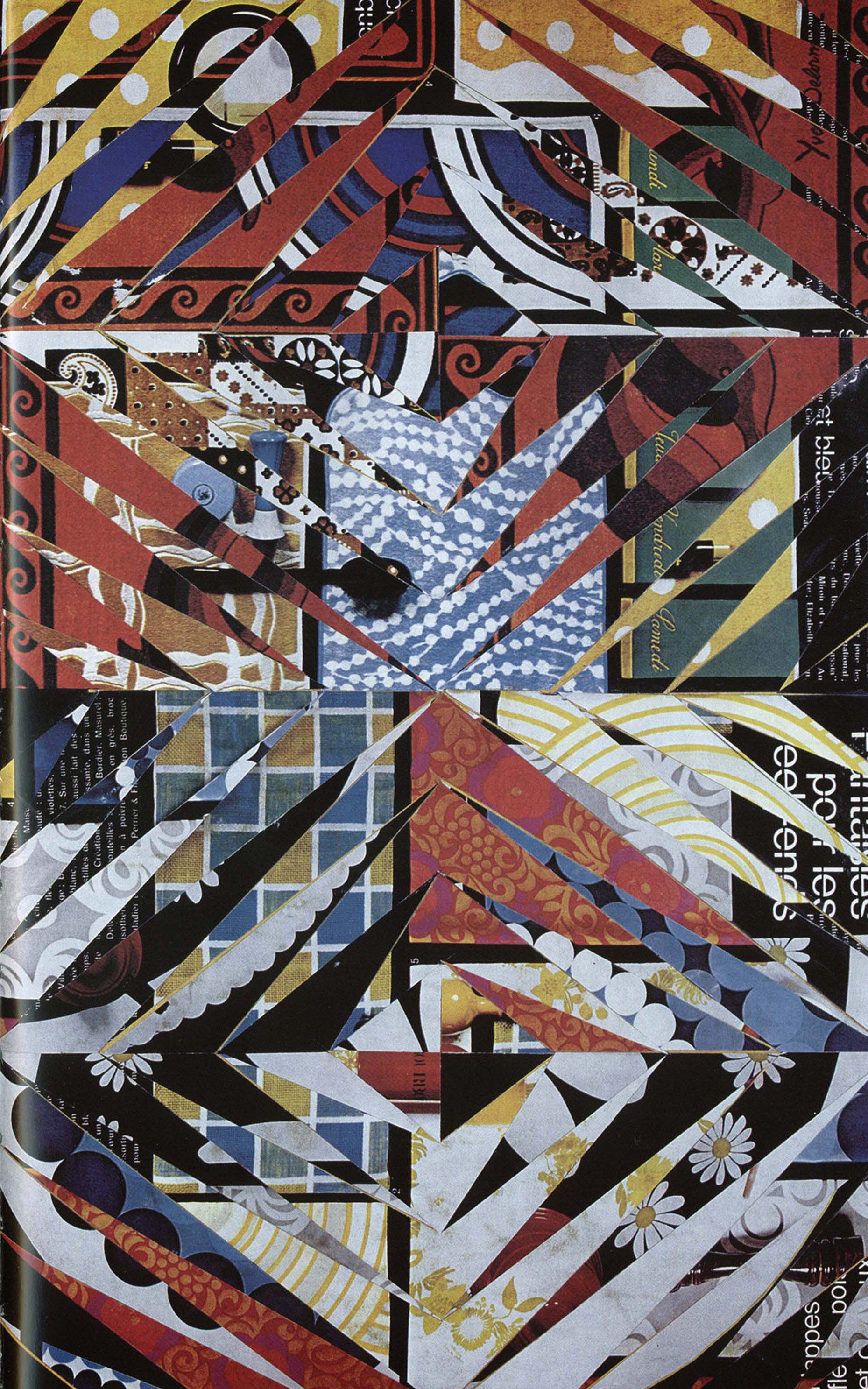 The third stage was from 1956 to 1959. Canaan started doing geometrical abstract art that were transformed later on into innovative geometrical order and he developed this style to abstract geometry using different materials with oil colours. The last stage in which he became famous was from 1966 to 1967 it was the stage of real Collage Art, which is a branch of Pop Art.

Canaan started his collage art stage using small pieces of papers from magazines and newspapers in his studio and started shaping them to be put on a board. To introduce a new artistic trend for Canaan's career, he had his own innovative style using coloured and printed papers in forming his tableaus that had power and impact when competing with other traditional materials, Canaan skilfully designed these plain papers according to their original form until they became a geometrical abstraction, innovative and unexpected.

This stage was a distinguishing one in his artistic journey, as he would compose complex geometrical designs and harmonic designs too. He had his modern style in visual abstraction using geometrical design techniques like intersectioning and layering, that played an interesting role for the viewer when looking at this multi-dimensional artwork that had marvellous colours and a modern design and made them travel through new worlds and universes with unusual reflections, a process in which formation embodied the soul and essence of this stage. 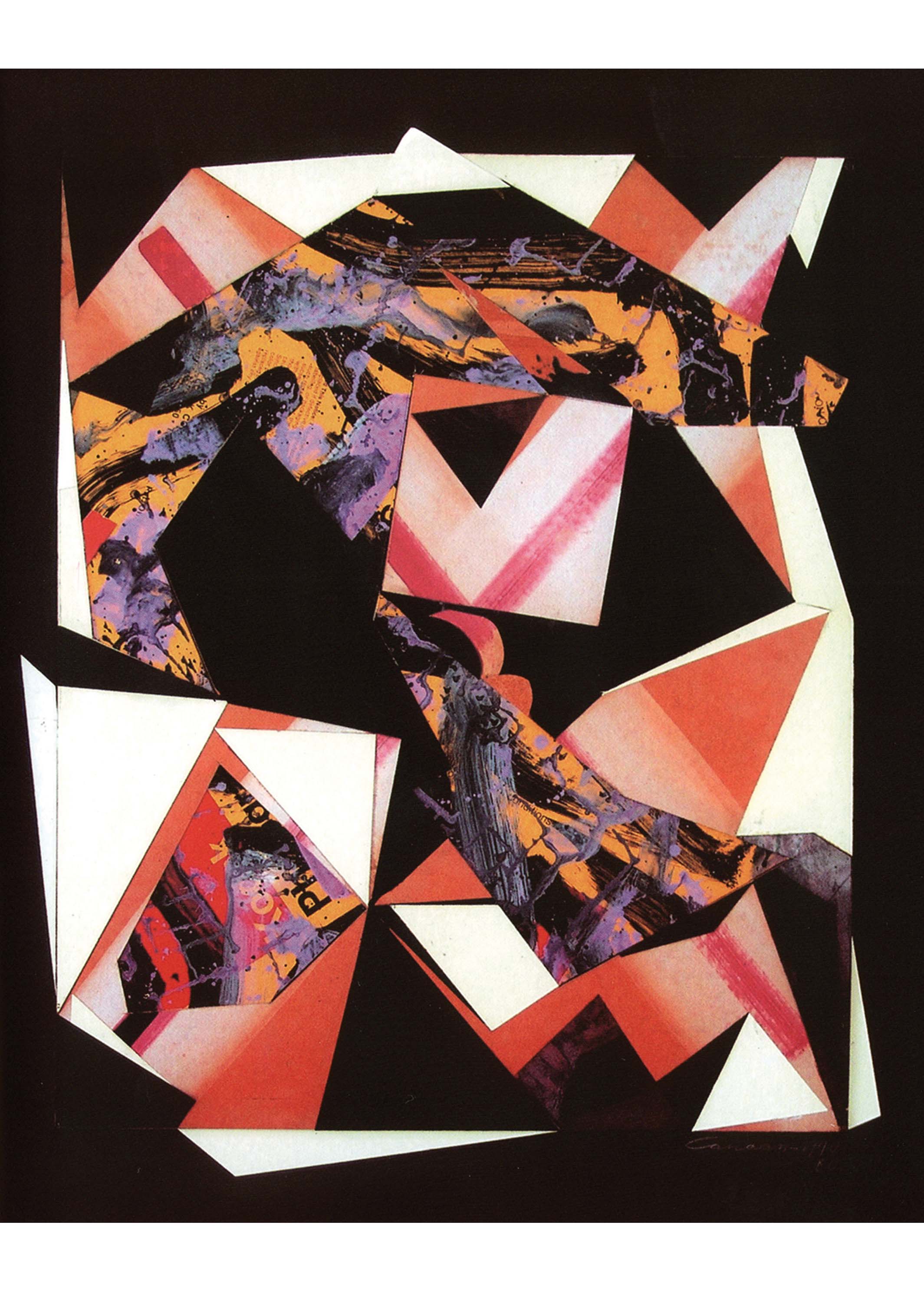 Canaan's name was linked with Akher Sa'aamagazine at the beginning of his career; he spent about half a century for his and its life as artistic director and illustrator for its covers and internal drawings as well as the developer of its artistic output. Later he founded a private school for magazine internal and cover design and graphics in the 1950s.

Canaan with his art was able to record many national and social events, subjects, novels, investigations and short stories. He drew the daily life in the popular neighbourhoods, cafes, mosques and celebrations of fairs, festivals and in the markets using pastels, watercolours, oil paints, charcoal and pencil. He also excelled in women's portraiture. Mounir Canaan created shockwaves in the field of Egyptian art with his confrontational relationship with the surface of the artistic life, causing many questions in his amazing exhibitions in the 1960s and after.

If Canaan gained his inspiration from his own visual school, he certainly excelled in it in his works grabbing the attention of the viewer towards his fictional visual world He was not able t go back to the traditional realism using the brush and colour, but instead he used collage to try another experiment by mixing the two styles to generate new abstract paintings.