Sir Magdi Yacoub seldom needs a formal introduction as his reputation precedes him. A world renowned surgeon, researcher and philanthropic figure, his achievements have touched thousands of people around the world. He is the only Egyptian to have been awarded the British Order of Merit (2014) from Queen Elizabeth II, the highest honour one could receive. Even with all those achievements under his belt, Sir Magdi’s humble and witty self was a pleasant surprise.
Aside from Sir Magdi’s professional honours, he was the husband of the late Marianne Yacoub, once a nurse of his and he is the father of three grown up children: one son and two daughters. His eldest daughter, Lisa works as a coordinator for the Chain of Hope charity, and his youngest daughter Sophie, is a doctor specializing in tropical medicine.

As a child of about six or seven years Sir Magdi spent about a year living in Aswan, which he thought an inspirational city due to its strong historic roots and characteristic peacefulness. As a young surgeon Sir Magdi worked in Abou El Reish hospital in Sayeda Zeinab. During his appointment there he noticed that children coming from Aswan usually arrived in a very desperate state. Further study showed that Upper Egypt is lacking in primary, secondary and tertiaryhealthcare services compared with those of metropolitan Cairo and the Delta region. Hence, he made a decision to launch a Heart Centre in Aswan, also known as the gateway to Africa. “The hospital aims to treat patients with complex heart diseases regardless of colour, religion, age or nationality. Even though the main focus is on Aswan and Upper Egypt, this project is for humanity at large,” said Sir Magdi. Aswan Heart Centre (AHC) screens the critical cases from different Egyptian governorates and arranges for these patients to come to the Centre, providing transportation, accommodation and the necessary health care.

The AHC, a part of the Magdi Yacoub Foundation (MYF), was launched in 2009 and has since expanded to comprise three phases. The AHC mission statement aims to provide state of the art facilities and research, to offer the patients internationally certified medical care. It is divided into two divisions based on age group; the paediatric division which serves neonates up to the age of 18 and the adult division, focusing on patients over 18 years of age. The research wing includes three facilities: cell culture, DNA lab and clinical studies lab. In addition, tremendous effort is exerted to train generations of young Egyptian doctors, nurses, researchers and technicians through collaboration with the adjacent Aswan General Teaching Hospital. The idea behind this is to develop Egyptian students’ capabilities to establish an international standard of medical care using local talents, rendering this a sustainable project. The Centre is built through generous donations from the public, organizations and banks. It operates free of charge targeting the underprivileged patients. 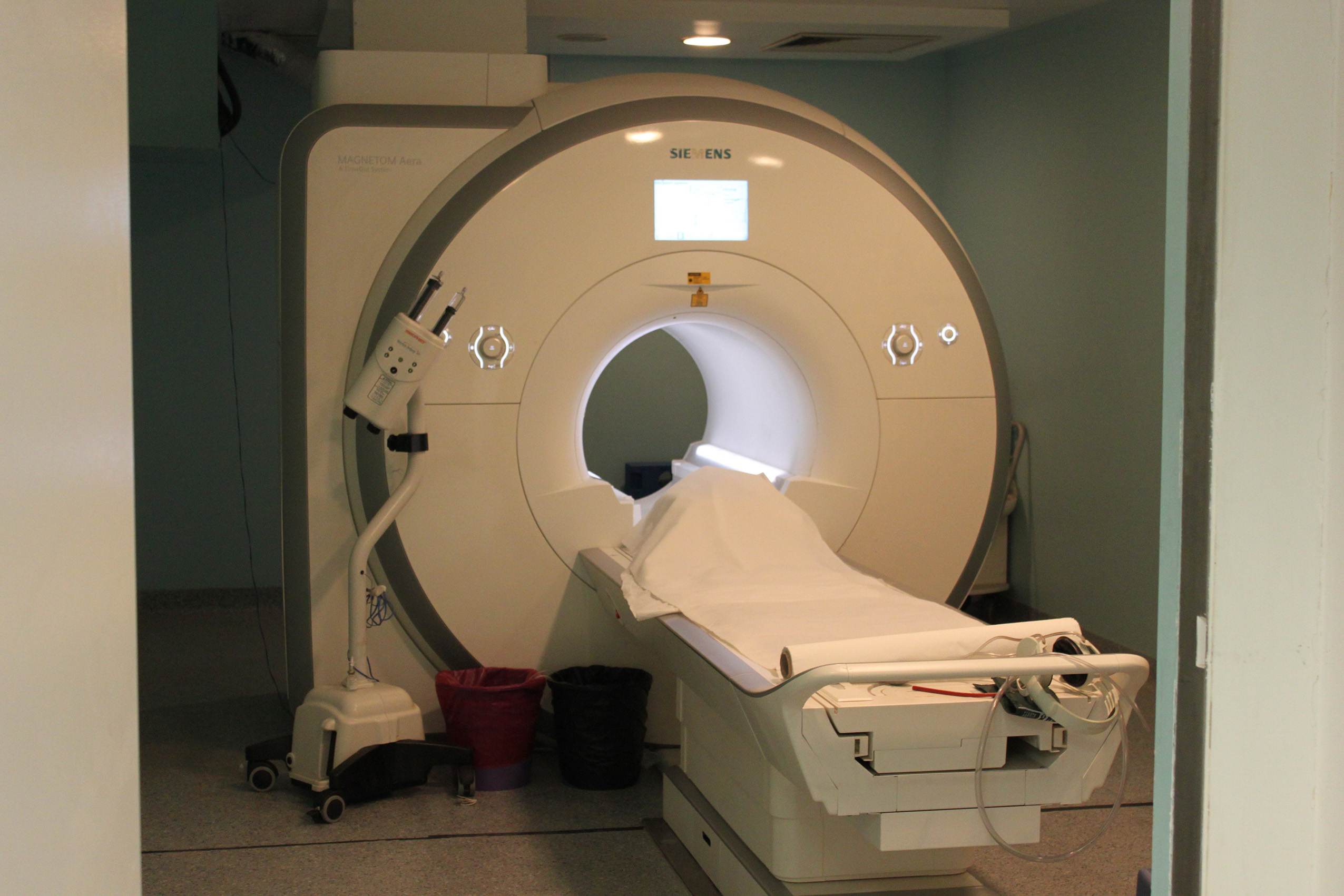 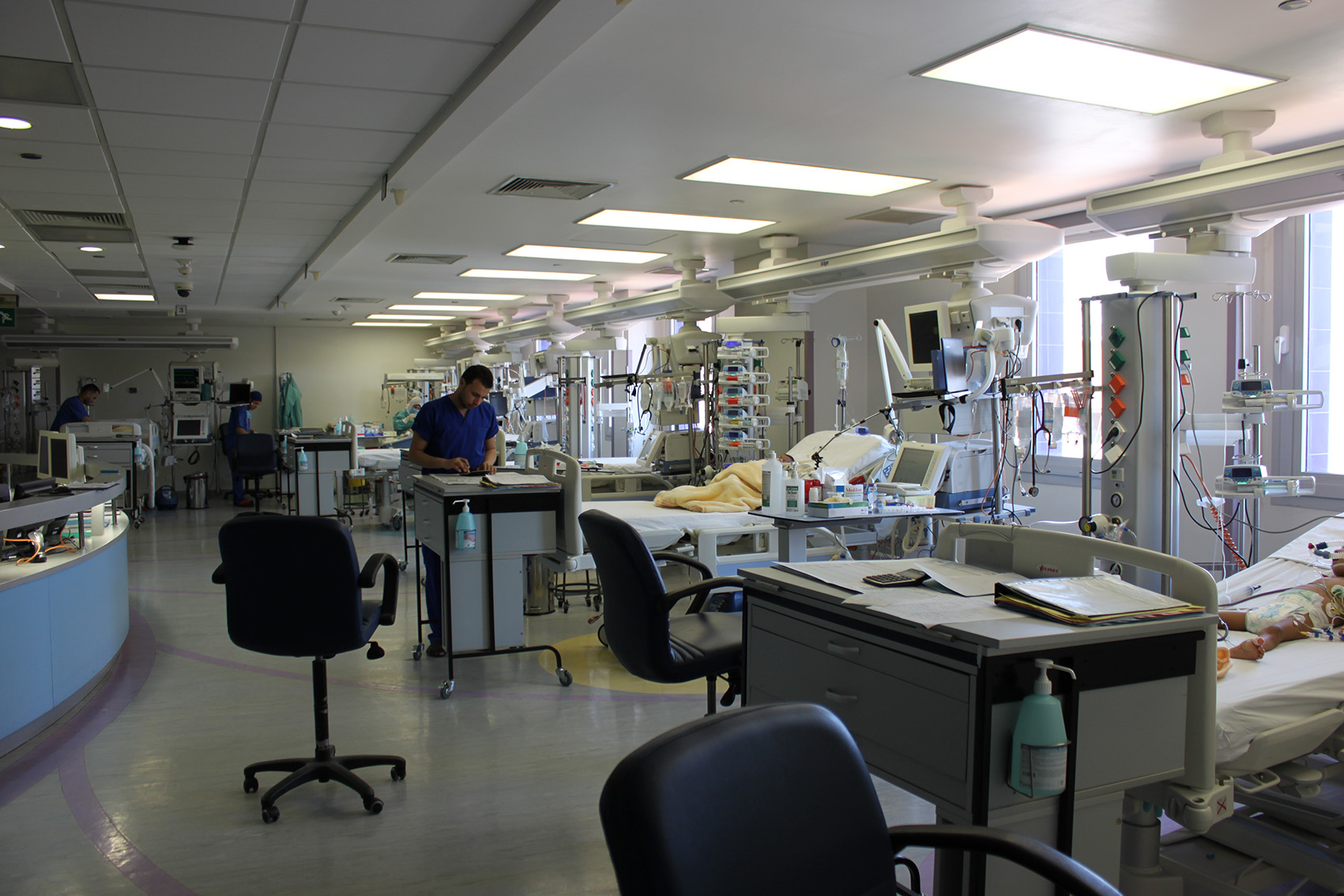 It is undeniable that Sir Magdi is an exceptional surgeon who has saved thousands of lives and undertaken many risky operations with successful outcomes, including transplants. However, Sir Magdi’s remarkability lies in his technique which is nothing short of innovative; he has developed several methods of operating and established new procedures for cardiothoracic surgery, the most notable of which are the arterial switch operation, pulmonary auto graft and for transforming the left ventricular assist device (LVAD) from a bridge to a recovery procedure, all of which have direct impact on improving the quality of life of the patient.
Sir Magdi’s deft hands have gained the attention of the rich and famous as well; the late royal Princess Diana, who was a close acquaintance of his, watched an operation of his. He also saved the life of Andreas Papandreou, a previous Greek prime minister as well as the world renowned Egyptian actor Omar Al Sharif, who is now a patron in the Chain of Hope. 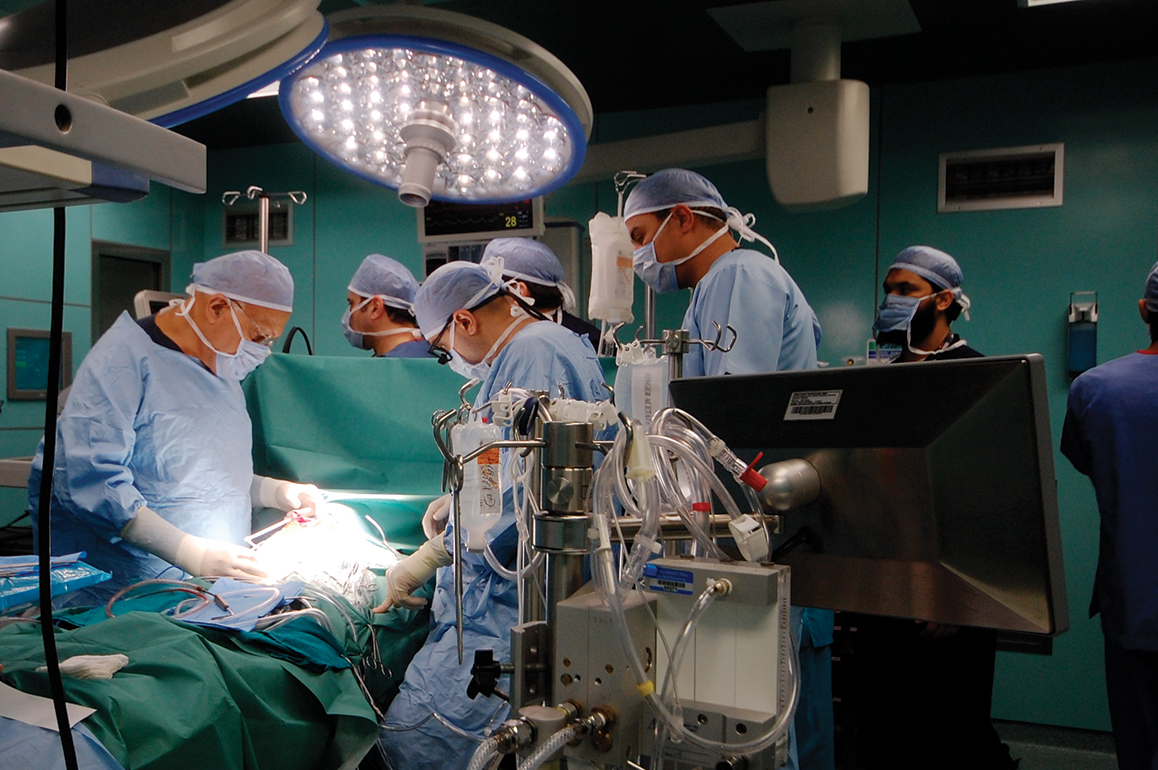 “I am not a technician, I want to know exactly what it is that causes the heart defect,” said Sir Magdi. It is uncommon for surgeons who are usually in direct contact with patients to spend significant amounts of time in molecular research labs. However, Sir Magdi’s curiosity led to his involvement in various research projects. “I hope that research can one day replace surgery. Surgery is not a civilized thing to do and the only way to eradicate it is to tackle the underlying genetic defect to avoid the disease completely,” he stated. The idea of understanding the diseases’ underlying mechanism at the cellular and molecular level will revolutionize medicine by targeting the root of the problem rather than managing the disabling side effects.
Research is endless, and there are many new operations to be improved and discovered. Currently, the main focus in AHC is on reversing heart failure. The current approach is mainly by using mechanical devices with the hope of developing parallel methods of genetic manipulation and gene therapy. The use of mechanical devices is widespread in the medical field, however, the future lies in the development of regenerative medicine through tissue engineering and genetic manipulation by direct programming. There are current expansions in process to accommodate more research in AHC.
‘The problem with research is that is makes it to the news too quickly and often inaccurately hence, unfairly raising the publics’ expectations” explained Sir Magdi. “It is important to understand that we are not there yet; research in laboratories is not automatically clinically applicable.” As an example Sir. Magdi expresses his disappointment at the doctors who inject bone marrow derived cells into coronaries as a potentially regenerative technique without having gone through rigorous clinical trials. The public need to be aware of the media falsely advertising cures and drugs which have only just been tested at a cellular level and are not clinically certified. 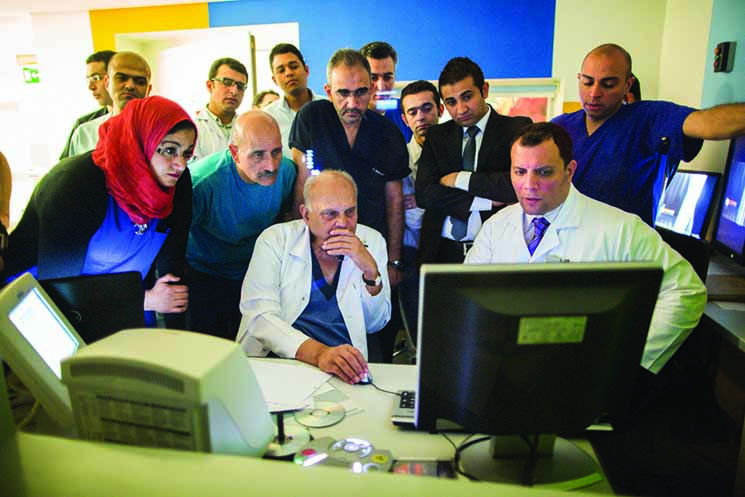 AS AN EGYPTIAN PATRIOT

Recent work has been done by Nature and The Royal Society in which Sir Magdi participated, to study the importance of scientific research in the development of a country. The study pinpointed two important results: the first being that scientific research is the most critical factor, instrumental to the progress of any country. Secondly, a calculated estimate shows that investment in research usually comes back 10-20 years later with an almost 700 fold return on the initial investment. “One Pound that we invest in research comes back 700 times not to mention the health care benefits derived in the process. At AHC, research is not a luxury, it is considered a necessity and much attention is given to educate people to do research and, more importantly, give them the intellectual and political freedom to progress” he said. “Health is a source of wealth’ said Sir Magdi, investments cannot be lost in research, any discovery that we make is bound to affect the population’s health and wellbeing, so it is never a loss.” The examples are numerous and include Korea, Brazil and even Norway, all of which have invested massively in research and have reaped the benefits and are continuing to develop in this manner. Ghana and Korea were once equal in progress but South Korea’s developmental boost was as a result of extensive investment in research.
Sir Magdi, who participated in writing the Egyptian Constitution and is on the panel of expertise to advise the president, assured us that the research feature is very high on the agenda. In order for Egypt to follow in these footsteps it is crucial for the public to collaborate with the government to understand the nature of research and its importance and hence to participate in its development in any way they can, whether by way of donations or following this career path. The civil society has to take the initiative, such as the Magdi Yacoub Foundation (MYF), an NGO, did in investing in health and research. This development cannot happen without the civil society’s support and input. The same goes for the UK, the government invests in the Medical Research Council (MRC) but there are several biomedical research NGO’s such as the British Heart Foundation and the Wellcome Trust who depend on public donations. The Wellcome Trust started with two individuals who believed in the power of research and, hence, donated a large sum of money to begin what is now one of the largest charitable organizations in the UK.
‘Developing a country through investment in research rather than industry is a safer game; research is a field with endless possibilities. We still have so much to learn; we have only just grazed the tip of an iceberg.’ 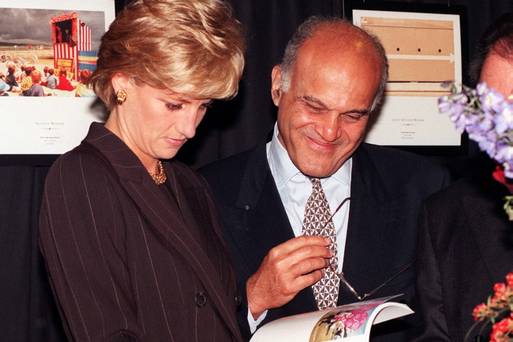 Sir Magdi is, to say the least, a philanthropic role model developing several charitable foundations which operate internationally to develop cardiothoracic surgery. The Magdi Yacoub Heart Foundation (MYF) is an NGO charitable foundation founded in 2008 which provides free world-class medical services to the underprivileged in Egypt under the name of Aswan Heart Centre (AHC).
His philanthropic ventures extend further than just in Egypt. The Chain of Hope foundation is a UK registered charity since 1995, established by Sir Magdi. Chain of Hope aims to link experts around the world to bring life saving heart treatments to children in developing countries such as Ethiopia, Mozambique, Uganda, Vietnam, Burundi and Egypt to name but a few. The organization received much support from the late Princess of Wales and is currently supported by many famous figures such as Omar Al Sharif, Ulrika Jonsson, Omid Djalili, Alexandra Burke, Rupert Everett and Felicity Kendal.

ADVICE FROM THE WISE

The secret of Sir Magdi’s success lies in his passion for what he does, as is evident from the twinklein his eyes when he speaks to us about it. ‘I only have two masters; patience and science, nothing else. I am lucky that way; I want to serve people and that is exactly my job’ said Sir Magdi.
The most important piece of advice that Sir Magdi passes onto the youthful generation is the importance of role modelling as a form of directional development. “As a student I was fascinated by my father who was a surgeon; he was my role model.” Once he realised this goal, he set the next one by aspiring to follow in the footsteps of the late Sir Peter Medawar, who discovered the basic science of transplantation and was a philosopher at Oxford University. It is without doubt that Sir Magdi continues to have a memorable impact in this field having performed more transplant operations than any other surgeon in the world. He highlights that a study has been carried out showing that 85% of successful scientists have a role model, emphasising the importance of setting goals and raising the bar as you achieve them, constantly striving for greatness. 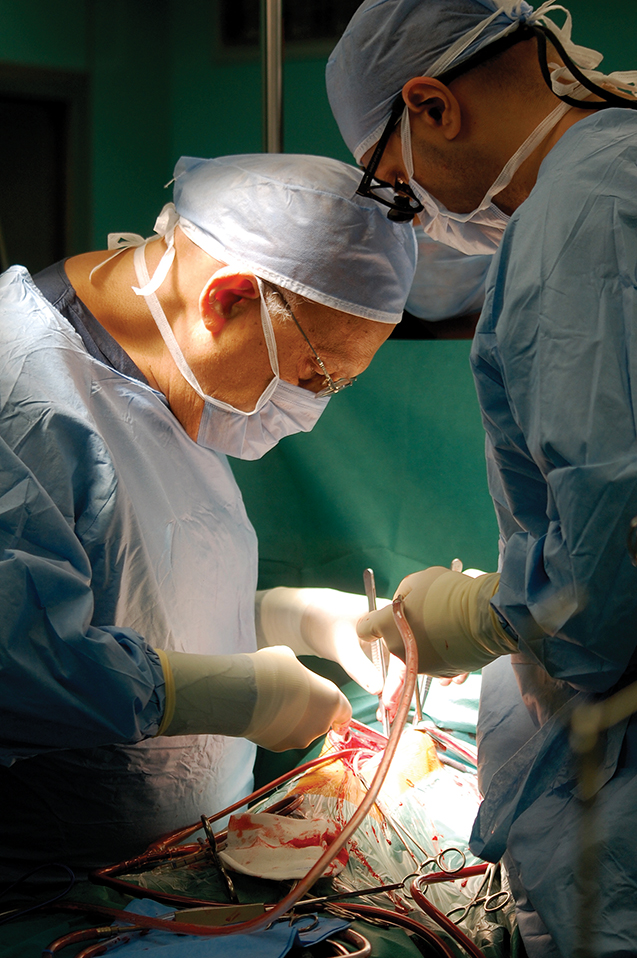